More and more dog owners feed their four-legged friends according to the example of the wolf. When used correctly, the biologically appropriate raw food – called BARF for short – can help the dog to improve health and well-being.

Dogs are greedy and will devour anything that is put in front of them – according to the common cliché. Not so Leo. The eating behavior of the Border Collie×Boxer mix worried his mistress from the time he was a puppy. “It didn’t matter what I put in front of him, from high-quality dry food to wet food from the discounter – after a few weeks Leo refused to eat anything,” Nadine Garage recalls.

After five years, the woman from Lucerne finally found a solution: BARF – an acronym for “biologically appropriate raw feed”. Since then, Leo has been getting his daily meals of raw meat, offal, vegetables, herbs, and oil – a menu that quickly brought about changes. “His fur has become shinier, his vision clearer and at nine years old he has hardly any tartar,” says Garage. In addition to Leo, she has had a puppy named Leni for three months. She is also barred – with the advantages that other barbers also list: The dog’s immune system is strengthened, which means that it develops fewer parasites and stronger ligaments, tendons, and muscles. The owner himself also benefits: Since the food is better utilized, the dog defecates less. And by eating fresh food, the dog also loses the sometimes bad smell from its mouth and fur.

Away From the Ill-Making Industrial Feed 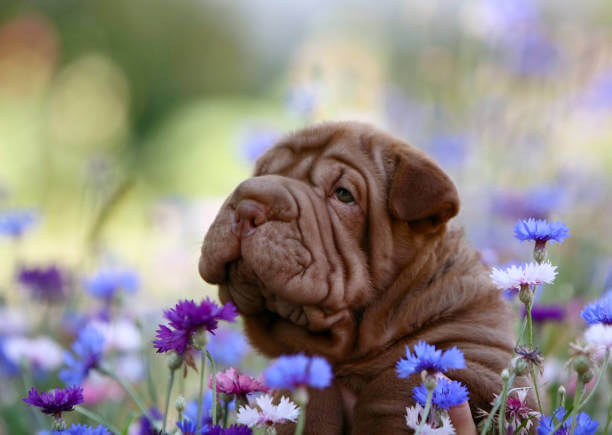 Barf emerged in the USA 50 years ago. This form of nutrition has also been known in German-speaking countries since the 1990s. This is thanks to Swanie Simon. The animal naturopath has made her knowledge available to the German-speaking public with literature and a website, which also drew Graage’s attention to BARF.

The central element in BARF is a rethink: away from industrial feed towards fresh feed. This is the result of dog owners thinking more about what they put in front of their four-legged friends every day. A question that, in the case of industrially produced ready-made feed, sometimes brings frightening answers to light, as Simon notes. Even if manufacturers claim that their feed is free of chemicals, preservatives, and flavor enhancers, these substances are usually still included – in the preliminary products that do not have to be declared. In addition, the most ready-made feed consists mainly of grain, which is avoided in the analysis by listing the grain types individually. “It’s possible to list meat meal as the first ingredient, even though the main ingredient is mixed grains,” says Simon.

However, a grain-based diet is fundamentally wrong for the dog. The reason: the production of digestive juices in dogs is triggered by the key stimulus meat. With the high proportion of grain in the finished feed, gastric juices are not formed sufficiently – with fatal consequences: “Bacteria are not killed, there are faulty fermentations, diarrhea, stomach upset and parasite infestation,” says Simon. It is not for nothing that grain is considered the main trigger of allergies in dogs. The Austrian veterinarian Jutta Ziegler comes to the same conclusion in her book “Dogs would live longer if…”

It is often claimed that the dog has long since emancipated itself from the wolf and, as it uses leftovers from humans, has also changed its diet. Simon counters this: It takes an organism at least 10,000 years to adapt to a total change in diet. Ready-to-eat food has been around for about 60 years. During this time, the general health of the dogs deteriorated drastically. Simon is convinced: “It has to do with poor nutrition.”

With BARF, dog owners are therefore going back to nature and feeding their four-legged friends based on the example of the wolf. He eats whole animals, for example, deer, stags, rabbits, chickens, or cattle and uses his prey almost completely: from the bones to the fur to the innards including their contents, peppered with vegetables, fruit, herbs, berries, and grasses. In this way, he gets all the nutrients he needs, such as protein, fat, minerals, enzymes, and dietary fiber. BARF is based on this menu plan of the wolf. What nature also gives to the wolf goes into the dog bowl: raw meat, innards, bones, vegetables, fruits, herbs, and oils.

Since the domesticated dog is known not to hunt prey, it is up to the owner to put together the dog’s diet from the various elements. The plant-based components such as vegetables and fruit can be obtained from the grocery store, the animal-based components from the butcher, or various barf suppliers who offer meat and offal packaged in frozen sausage form.

Before that happens, the owner must first deal with the individual needs of his dog. Specialist literature such as that of Swanie Simon offers the first point of contact to get an overview. There are also standardized methods of calculating how much of the individual components the dog needs on the Internet. 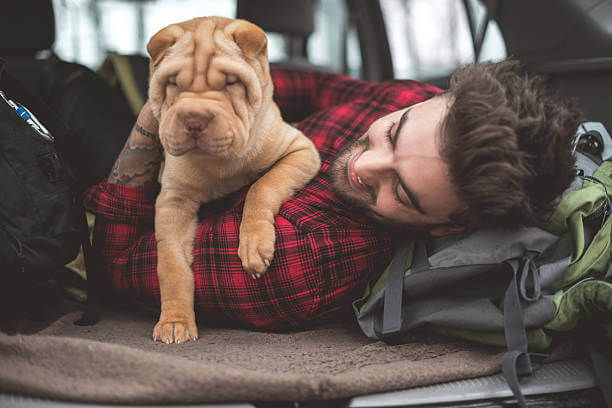 However, beginners are recommended to contact a BARF consultant beforehand. After all, there are a few things to consider when switching from ready-to-eat food to raw food. From one day to the next, Garage only fed her Leo raw – without any problems. In the meantime, in addition to her work as an architect, she is training as a nutritionist according to Jutta Ziegler, and knows that pet owners need advice, especially at the beginning.

Garage sees daily with her Leo that it is worth it. There is no meat or vegetable that the male dog does not like. As a change from the ground meat, a raw beef ear, a whole fish, a whole chicken for Easter, or – Leo’s favorite snack – a piece of tripe ends up in the dog’s bowl. Garage describes the blissful smacking of her former problem child as her greatest personal joy: to see her Leo so happy eating.