Anyone who keeps a male dog knows these many short moments of waiting all too well. Some dogs even lift their legs every 20 meters. There are many reasons for this, because not every marking has the same meaning.

Contents hide
1 From Ritual to Showing Off
2 Who Came by Here Before?
3 Right and Left Markers

When Corinna Pfeifenberger goes for a walk, she usually doesn’t get very far. Her beagle male Henry seems to stop every ten meters to lift his leg. “As a dominant male, he marks very often,” she says. Basically, it would not be a problem for the animal lover, but a few times she had to be badly insulted by house or shop owners. Pfeifenberger is convinced that Henry wants to convey to other dogs how big, strong, and important he is by marking him forever.

But things are not that simple. Marking behavior is complex. Behavioral experts like Günther Bloch, who took a closer look at marking in his wolf research, are astounding with exciting findings. Bloch distinguishes five different forms of urine marking.

From Ritual to Showing Off 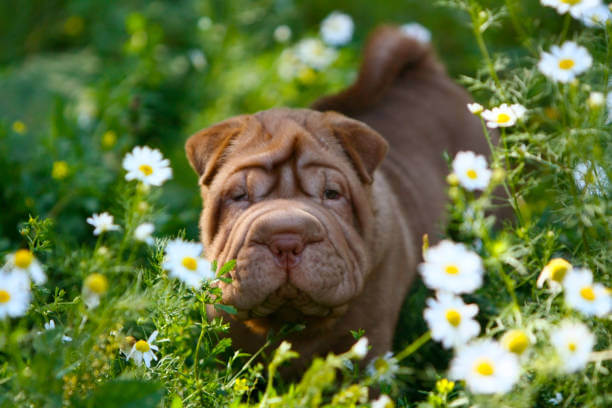 By far the most common form of marking is ritually peeing. Dogs do it with a relaxed posture and without any fuss. This type of marking has nothing to do with dominance or aggressiveness. Dogs simply leave information in this way and collect it from their colleagues with their noses. It is a form of communication that has already been studied in wolves. “With a small breath, a wolf not only knows who was there before it but also how long ago it was, what gender the person is, what their reproductive status is like or what their social status is,” explains the US expert Barbara Handelman in her book Dog Behavior.

When two dogs take turns marking in the same spot multiple times, it is called bond pee. It’s not about who has more patience and can play the game longer but about building mutual trust.

Bloch describes a very well-known and quite widespread form of marking in special places as territorial peeing. Places that are likely to hit are garden fences, wall corners, or boundary stones. Flower pots in front of house entrances are also popular – not always to the delight of people. “The main reason for marking territories is to avoid conflict and the risk of physical harm,” explains Handelman. It is therefore mainly about preventing conflicts or even violent quarrels.

Who Came by Here Before?

To the annoyance of many dog ​​owners, the four-legged friends occasionally mark food bowls, toys, or blankets. They love to do this when there is a conspecific in the area. With this so-called resource pee, they signal: This is mine! Better stay away from it! Here, too, marking serves to avoid a conflict.

According to the researchers, however, dominance pees are extremely rare. It is characterized by showing off and pomposity. It can also be growled and warned. Because dogs maintain a very high hierarchy in the pack, rarely does anyone come too close to the boss.

Marking can therefore be ambiguous: as a provocation to conspecifics or even humans, territorial claims are made or it is made clear which resources belong to whom. But it can also be used simply for communication. The sniffing dog gets information about the fitness, age, or state of health of the one who is tagged. Apparently, it is important for a dog to know exactly who has walked a certain distance before it. And when.

For dog owners like Corinna Pfeifenberger, constant peeing can be quite annoying. Dog owners do not have to allow marking everywhere. Anyone who continues to lead the dog on a leash and admonishes them with a strict no will not cause a yellow puddle at every entrance decoration. However, it is important to be able to reliably distinguish between marking and the need to urinate. The most important distinguishing feature: To empty the bladder, the area is not sniffed as precisely as when marking.

In rare cases, it happens that dogs suddenly mark in the apartment. In these cases, intensive research into the cause is called for. Hormones that are out of balance can be the reason, for example. Problems with the hierarchy, uncertainties, or a changing environment are also possible triggering factors. Likewise, a new dog in the neighborhood can cause territorial stress. Finding out the reason is not always easy, because marking in the living room should not be confused with peeing out of fear, submissiveness, or excitement. 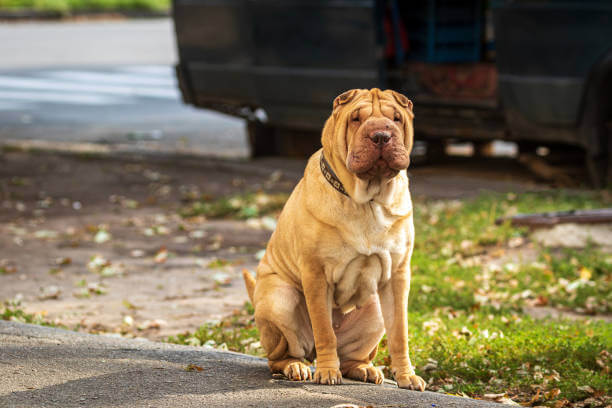 How to treat unwanted marking in the home depends on the cause. In the case of hormonal derailment, castration can bring significant relief, and in the case of ranking problems, training to create a healthy structure in the dog-human pack is necessary. And new neighboring dogs should be allowed to be greeted once so that the stress is reduced. In very rare individual cases in which no behavioral therapy helps, medication can help to stop the unwanted behavior.

Pfeifenberger hired a dog trainer for Henry to help her gently and lovingly reduce the numerous markings during brisk walks. Of course, she doesn’t want to stop it entirely. But it shouldn’t be on every corner, especially in inhabited areas. Henry will certainly learn that quickly, she’s sure of it.

By the way, not only male dogs’ marks. Females, however, make it less conspicuous, more squatting. Nevertheless, one hears owners of bitches, again and again, saying that their darling is also lifting its little leg. Scientists assume that female dogs that lay between two male siblings in the womb also tend to raise their legs when marking due to higher testosterone levels later in life. Males and females have a preferred side when marking, they are more or less right- or left-legged. If you look closely, you will occasionally find that dogs sometimes even fall over when they stretch the wrong little leg up. They always stand there shakily.