The Tibetan Spaniel (Tobby) is a small decorative dog, presumably brought to Europe by the Jesuits from Tibet. Dogs were revered by Tibetan monks for their kind disposition, quick wit, and bravery. Along with the huge Tibetan mastiffs, they were on guard duty in the monasteries, and when they saw a stranger from afar, they raised a loud bark. In addition, the monks trusted them to spin prayer wheels. This article will introduce readers in more detail to this amazing breed. 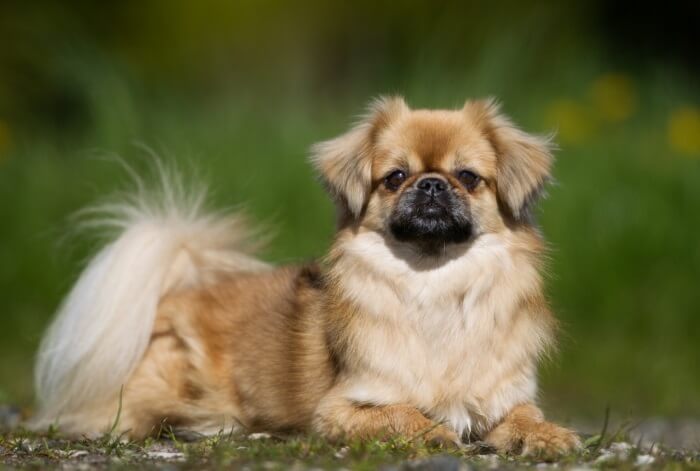 Many thousands of years ago, the strongholds of Buddhist monasteries in the Himalayas were protected from the raids of robbers by two types of dogs: small short-nosed dogs kept a vigilant watch on the walls and, seeing the enemy, raised the alarm, and then heavy artillery in the form of huge mastiffs was used. This “live signaling” was what we know today as Tibetan spaniels.

At first glance, these are small glamorous dogs with cute snub-nosed faces and beautiful long hair, but not a single Tibetan monastery has seen its life without these four-legged helpers. Dogs not only patrolled the walls of monasteries, but they were also entrusted with the honorable duty of spinning the so-called prayer drums – rollers with mantras written on them. Buddhists believe that it is not necessary to disturb yourself and the gods with hourly prayers – it is enough to write them on special devices and constantly twist them, and then the prayers will be read themselves, and the gods will hear them. And so, while the monks were engaged in meditation, practicing martial arts techniques and farming, little dogs twisted and twisted drums with mantra prayers.

Tibetan spaniels were never sold – they could only be given as a sign of great respect. That is why these dogs were in Europe relatively recently.

It should be understood that these dogs have nothing to do with real European spaniels (or Hispaniola), but are named so solely for their external resemblance to decorative Cavalier King Charles Spaniels. In fact, they are related to such ancient Asian breeds as the Pekingese and Shih Tsu.

Today this breed, although not too numerous, is very loved all over the world. 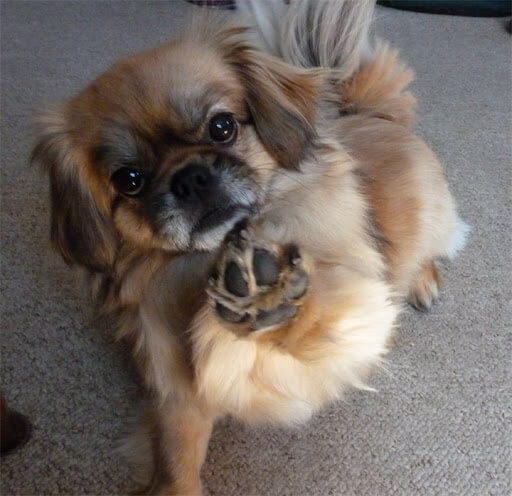 Small and very cute doggies. The muzzle is short, at first glance it resembles the muzzle of a Pekingese, but still not flattened. The eyes are large, with an intelligent and attentive expression. The ears are small, drooping, the tips are directed forward. The nose is black, the lips are tightly pressed.

The general contour of the body is slightly stretched – the height at the withers is less than the length of the body. Unlike the Pekingese, the legs of the Tibetan spaniels are straight and higher, the back is even. The tail is thrown over the back in the shape of a beautiful sultan.

The coat is of medium length with a developed undercoat, forming a beautiful mane on the chest.

The most varied colors are permissible – monochromatic and spotted of various shades, most often fawn or golden with a dark mask is found. In Tibet, dark dogs are traditionally prized, and if she has a white spot on her forehead, such a spaniel is revered as the messenger of the Buddha himself. 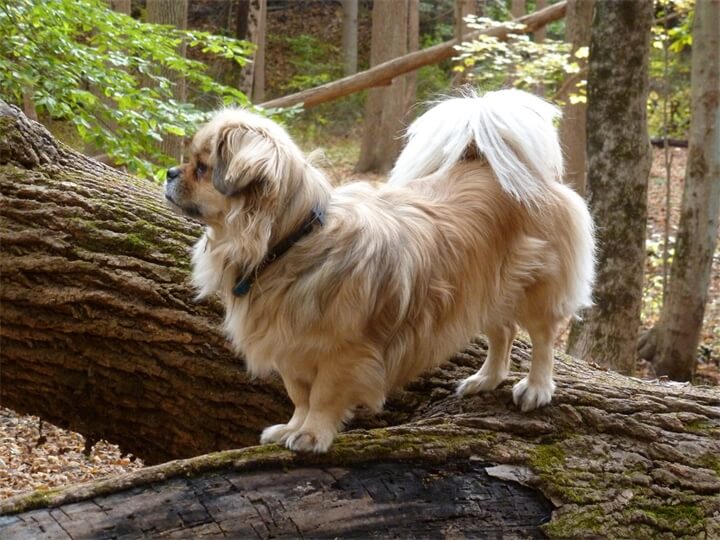 The character of the Tibetan spaniels combines the features of both guard and decorative dogs. In their homeland, they guarded the walls of monasteries and, although due to their small size, could not harm the enemy, they skillfully raised a commotion.

Unlike real spaniels, Tibetan spaniels have nothing to do with hunting dogs, so they get along well with other pets and do not see games in them at all.

These dogs are incredibly loyal to their family while being unobtrusive and very delicate. They will not pester the owners when they are not inclined to communicate, but they will play with pleasure if they are invited.

Tibetan Spaniels are quite active dogs and walk with pleasure, and their small size allows you to take them with you almost everywhere. They treat strangers with a certain degree of mistrust, but this does not mean that the hand outstretched to them will be bitten, rather, spaniels will simply show with their whole appearance that they are not particularly happy with unexpected attention.

These Tibetan dogs are distinguished by their extraordinary intelligence and courage. They jokingly solve complex logical problems and will defend their beloved master if they think that he is in danger. 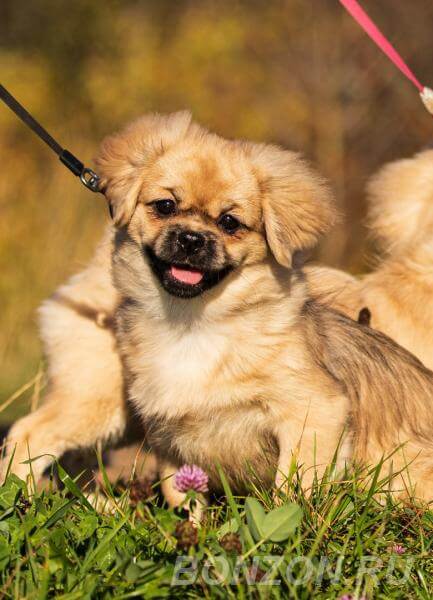 Those who took a Tibetan spaniel puppy into their family should understand that not a toy, but a living creature with its own desires and character, settled in his house. Moreover, this creature is an integral personality and, albeit small, but a real dog with all the instincts inherent in a gregarious predator. They, just like large dogs, need a strong leader and also require training. Moreover, Tibetan spaniels were bred as service dogs, therefore, if the owner shows respect for their nature and goes with his pet a general course of obedience and even training, they will be truly happy, because it will become clear that a person takes them seriously.

After all, if you do not work with the dog, it will not be able to determine its place in the pack and will grow up nervous and insecure, which most often manifests itself in the form of aggression. Many have seen little dogs that are constantly barking and throwing themselves at everything that moves – these are the victims of neglect of educational work.

By the way, it is a pleasure to train a Tibetan spaniel, because, thanks to a lively mind and focus on the owner, he grasps commands literally from the second time. 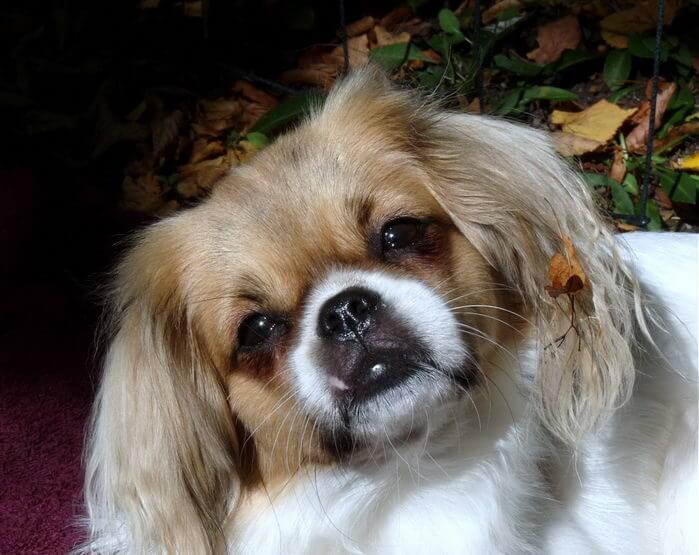 During the care process, you should pay attention to the fact that the Tibetan Spaniel is prone to allergies, as well as diseases of the cardiovascular and musculoskeletal system. If in doubt, it is better to show the dog to the veterinarian.

Most of the time will be spent on grooming long hair. It is necessary not only to comb it every week but periodically carry out grooming procedures with the help of special products so that the coat is shiny and strong.

Bathing your dog is not recommended. In case of urgent need, be sure to dry thoroughly after bathing, you can use a hairdryer.

In the Tibetan Spaniel, it is customary to trim the nails, as well as clean the ears with cotton swabs or sticks. Eye rinsing is required periodically.

For a dog to be strong, it is necessary not only to allow it to develop physically during training and walking but also to provide proper nutrition.

In her diet, two-thirds should come from animal products. In this case, it is advisable not to give the chicken and introduce it into the dog’s menu gradually. It is best to offer your dog beef or rabbit meat. Saltwater fish can also be added to food, provided the bones are removed.

Dairy products, including butter, should be consumed by the spaniel every day. Grains, vegetables, and fruits in the diet are necessary to provide vitamins, as well as replenish energy. It is imperative to periodically give special vitamin complexes since the dog cannot get all the necessary substances only from products.

Water should be available to the Tibetan Spaniel around the clock. It is especially important to monitor this in the summer. It is recommended to feed the dog no more than twice a day.

In winter, to prevent the dog from catching a cold, you can use clothes and shoes while walking.

The average cost of puppies of this breed is 900-1000 euros. But at the same time, you still need to try to find them, since there are not so many breeders who can guarantee the purity of the breed. 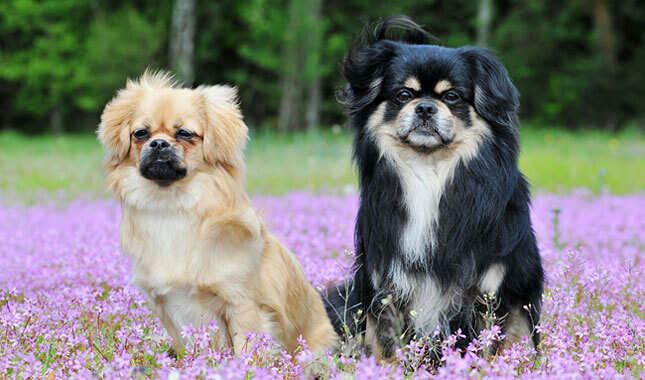 Tibetan spaniels live up to 18 years. This is due to the good health of breed individuals. Tibbi have a predisposition to diseases of the cardiovascular system, skin, and allergic rashes, eye problems (conjunctivitis, cataracts).

There are individuals with spinal defects, strong snacking, and unhealthy teeth. A wide muzzle with a short nose contributes to respiratory diseases. 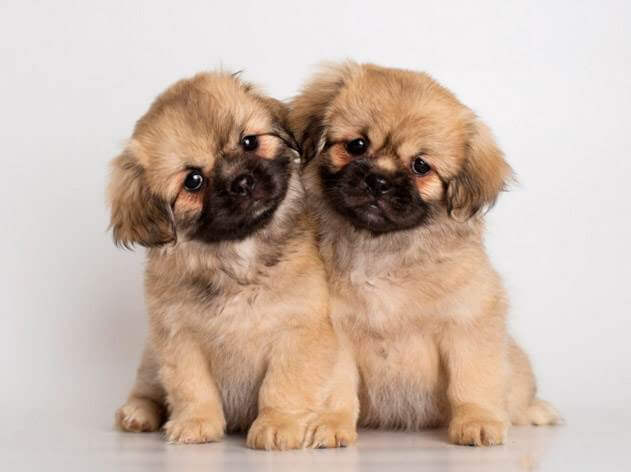 When choosing a new pet, many are guided primarily by the cost of the baby. But price shouldn’t be the main criterion. Do not forget that the baby will live with you for many years. First, you need to decide on the gender. Bitches are calmer, and males are more serious and hardy. A healthy puppy is playful, active, and curious. As a rule, Tibby babies are taken at the age of 2-2.5 months. Be sure to get to know the breeders personally, evaluate the conditions of keeping the dogs. Buy from trusted and trusted sellers.