Papillons are smart, playful, and sociable kids who will forgive their owner for everything, except for lack of attention to their own person. The life of these kids, wonderful in every way, revolves entirely around the one they have chosen as their elder friend. Restless and unusually easy on the rise, Papillons are always ready to support any initiative of the owner, be it a banal game with a ball, a trip to the nearest supermarket, or a long voyage across countries and continents. 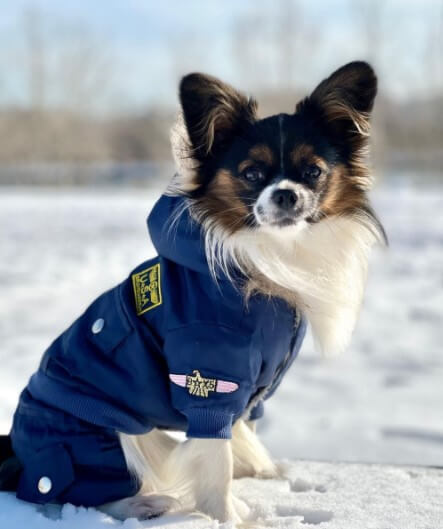 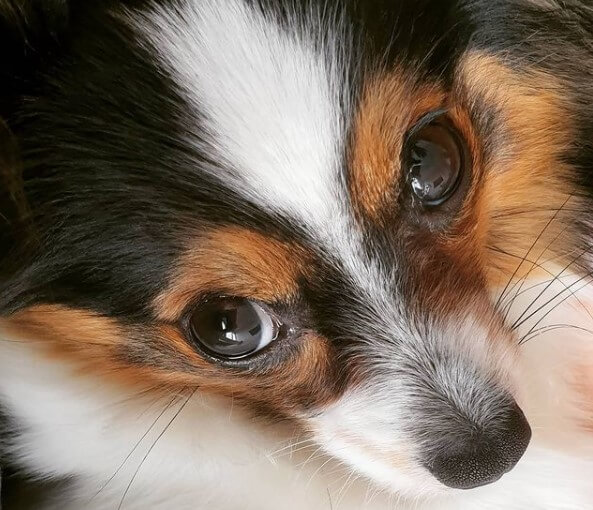 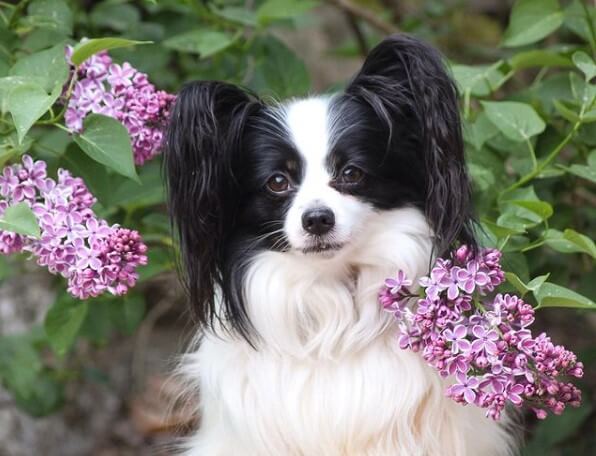 In the Middle Ages, Spaniels were very popular in Europe and were found in almost every aristocratic house in England, France, Germany. However, it is believed that they came from Spain, and despite the fact that Spaniels have drooping ears, these dogs are the predecessors of the current Papillons.

In France, dog breeders in the era of Louis 14th, namely in the 17th century, bred a dog with erect ears from small Spaniels, which was given the name Papillon. This unusual name was given in honor of the butterfly since the non-standard shape of the ears resembles the spread of the wings of this insect.

There is another variety of these dogs, called “Phalen”, which means “moth” – a cousin of the butterfly, which folds its wings at rest. Both varieties can be born in the same litter, although the Papillon is the more popular and well-known type of dog. Basically, this is where all the differences with Spaniel’s end.

There are other names for this breed that have been used since the 17th century, namely: Dwarf Continental Spaniels, Little Squirrel Dogs (because their bushy tail is similar to that of a squirrel), they were also called Dwarf Spaniels. These dogs were often depicted by famous artists – even Rubens and Rembrandt, they can be seen in paintings in the Louvre, moreover, modern dogs are practically no different from those depicted on canvases of the 17th and 18th centuries. The only difference is the color – now Papillon has a white coat with spots of different sizes, whereas in the past there was no white at all.

The variety of Papillons “Phalene” did not become extinct and exists to this day, although it is much less common and much less popular. The Papillon breed is ranked 35th among 155 dog breeds registered by the American Kennel Club. 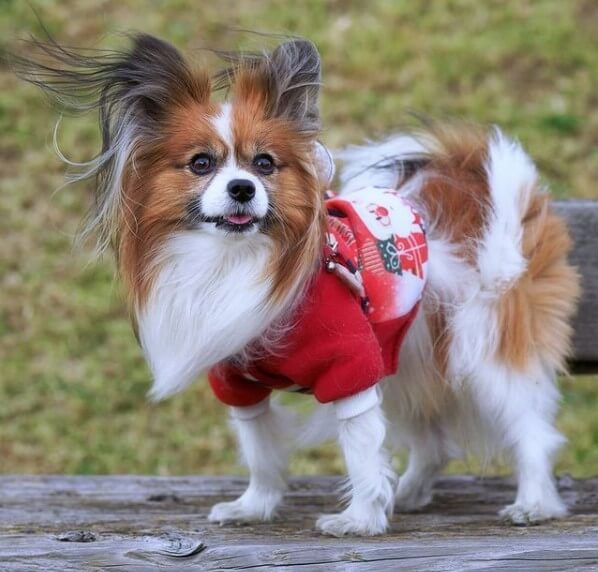 Papillon is a small dog with a strong constitution. The limbs are short, the tail is medium, as a rule, lies on the back, the ears are erect, triangular. The coat is long. The color is white with spots of any color, black and tan. 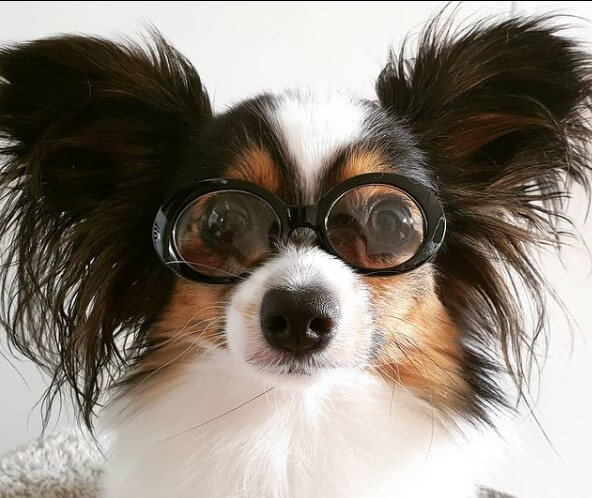 Papillons are dogs that practically never have a bad mood. These fluffy pranksters look at the world through rose-colored glasses, being able to find positive in the most seemingly ordinary everyday situations. They are interested in every little thing, therefore, while walking, the animals develop such a stormy research activity that a professional archaeologist would envy. At the same time, the inner world of butterfly dogs is rather fragile: rudeness and psychological pressure from the owner plunge the animal into a deep depression, causing serious deviations in behavior.

In general, Papillons are considered to be one of the most “comfortable” decorative breeds. They are not capricious, they easily adapt to life both in small apartments and in private houses and are quite loyal to children. Papillon does not see in every stranger who has stepped into his territory a personal enemy and does not raise a fuss over trifles (of course, only if he is properly brought up). Leaving a representative of this breed alone at home, you can not be afraid to return to the “ashes”. Of course, the dog will be bored, but spoil furniture out of harm and turn the apartment upside down – never.

By the way, so that the pet does not suffer too much from loneliness in your absence, breeders recommend adding some friend to him, who can become a second Papillon or at least a cat. However, take into account the fact that the “butterflies” are wary of their large four-legged brethren, so keeping Shepherd and Papillon on the same territory is not a good idea. 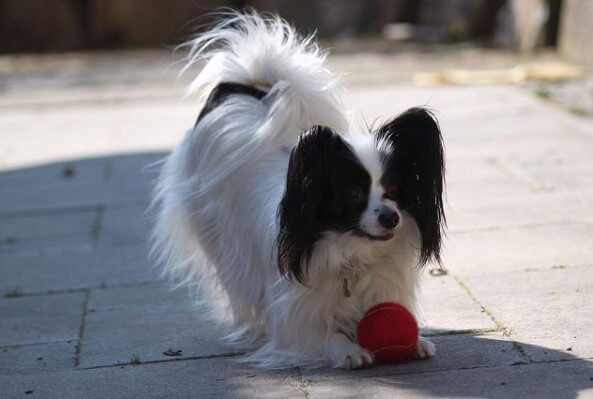 The Papillon breed of dogs is distinguished by good obedience and an open character, which deprives the owner of many problems in training. These dogs definitely need to be taught basic commands, as well as put a lot of emphasis on undoing commands, so that you can silence your pet at the right time, even if he really wants to bark at night just like that. Or if your pet starts barking at a big and dangerous dog on the street.

However, you can go beyond basic commands, and go further, teach the dog to bring slippers, a TV remote control, and in general teach him many of the necessary commands. Papillon can be a good companion for a person with disabilities, as he does not require special care, is smart, obedient, and always happy to help. This really gives him some special, purely dog-like, pleasure. 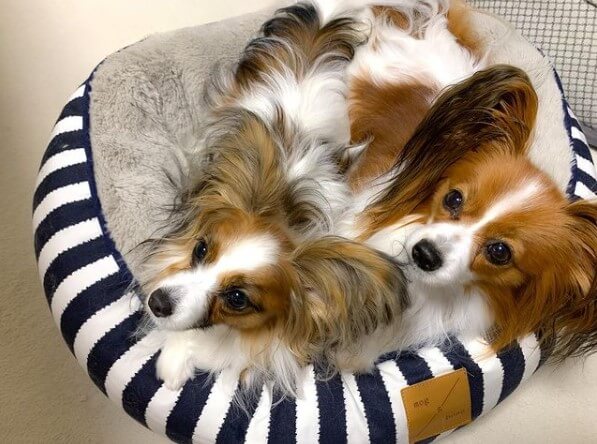 Before you settle a butterfly dog ​​in your home, get the necessary things. In particular, Papillon will need a soft bed, two metal or ceramic bowls, a comb for combing, and toys (preferably latex). A soft leather collar, tape measure, and leash are required for walking. Breeders advise not to get carried away by walking the animal on a harness since this accessory is capable of provoking an eversion of bones in an unformed puppy.

When choosing a place to sleep, you should take into account the physiological characteristics of the breed. Papillons are afraid of drafts and even more so heating devices such as radiators and convectors. So that the pet is not bored, the bed is placed so that the dog has a sufficient view and can observe the owner. Papillon puppies learn about the world around them with the help of their teeth, therefore, be prepared for damage to shoes, wires, and other small objects that accidentally appear in the dog’s field of vision. By the way, with age and as they adapt to new conditions, most dogs usually lose this hobby. These pets are walked a couple of times a day for half an hour or more. 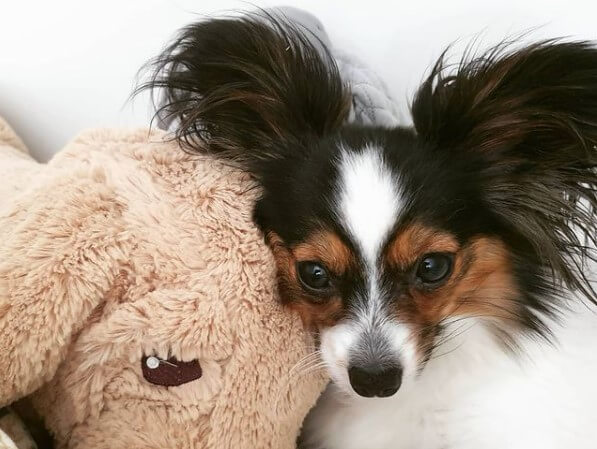 Despite the fact that the Papillon breed is not a short-haired breed, it is enough to comb them out a couple of times a week. In addition, they do not shed too much. On the other hand, many owners give their dogs different hairstyles and haircuts.

You need to bathe your pet at least once a week, but if he has close contact with you, it is better to do it more often, especially if the dog periodically sleeps with you in the same bed. Eyes are cleaned daily, ears 2-3 times a week. The nails are trimmed 3 times a month. 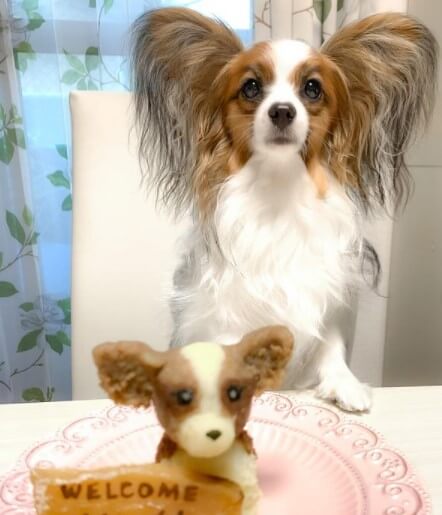 The dog should have two bowls: one for food and one for water. It is best to purchase dishes on an adjustable stand, which will help to form the correct posture at Papillon. The main source of protein for the animal should be lean meat. Before giving the product to the dog, it is pre-scalded or lightly boiled and crushed. It is not recommended to give minced meat, since proteins from it are poorly and incompletely absorbed. Some caution should also be exercised with chicken, to which “butterflies” are often allergic.

Because the skeleton of Papillons is fragile, they should often be fed calcium-rich foods. In addition, it is useful to add bone meal, milk powder, chalk, and chopped seaweed to the feed. For owners who decide to transfer their pet to “drying”, breeders recommend purchasing grain-free varieties of super-premium industrial feed. 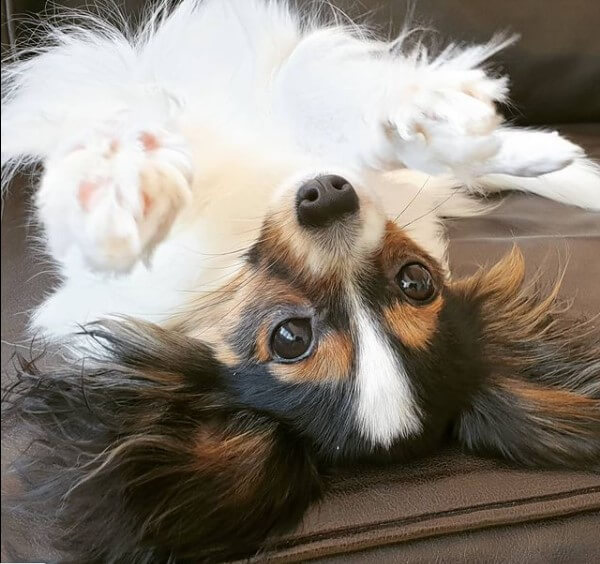 Papillons and Phalen’s are quite healthy dogs, capable of celebrating their own 15th birthday while being in a fairly vigorous state. There are several classic ailments that a dog can suffer from. The most common eye diseases found in Papillons are cataracts, corneal degeneration, and volvulus. Many dogs have a dislocation of the patella, which is usually preceded by an injury. Another disease of the breed is congenital and incurable deafness. 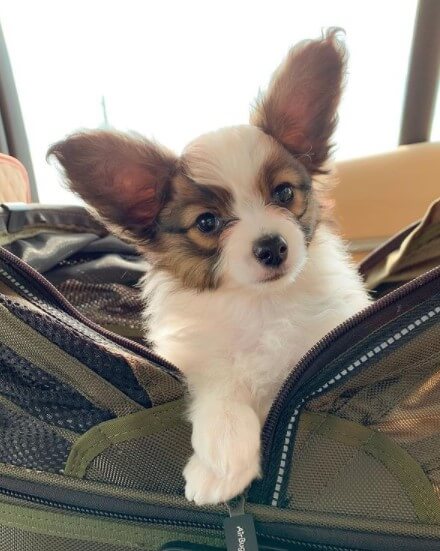 Give preference to nurseries with a history that have already gained some experience in breeding Papillons and are able to provide the buyer with information about previous litters by year. Carefully study the documents of the parents of the animal, not forgetting to clarify which club they were issued by. It is not forbidden to study the veterinary passport of the puppy: ideally, the animal should be put up for sale only after the basic set of vaccinations.

Next, we evaluate the appearance of the animal. Papillon should be clean and cheerful. The ear or groin must be branded. Strict “no” to animals with swollen tummies, which signal digestive problems or worms. Unfortunately, sometimes it is not possible to check a puppy for compliance with the standard of appearance since the physiological development of most Papillons is uneven. In such cases, it is better to hire a professional who can determine the Papillon’s pedigree and its real price.