The Volpino is also called Lupino in Italy and is purebred only in red, cream, and white. He is a lively guard dog who would never consider himself a mere companion dog – even in Michelangelo’s day, the little barkers could be found on almost every larger farm in Italy and were always among the first to meet visitors and greet them (not always friendly). . Here you can find out everything you need to know about the “little fox”.

Contents hide
1 External Characteristics of the Volpinos – An Oversized Pomeranian?
1.1 The Breed Standard
1.2 The extraordinarily fluffy coat – typically Spitz
1.2.1 Desired and undesired colors
1.3 Differences from similar tips
2 The Story of the Volpino Italiano – The Guard Dog of the Beautiful and Talented
2.1 Status symbol, playmate, and night watchman in one

External Characteristics of the Volpinos – An Oversized Pomeranian?

Externally, Volpinos can hardly be distinguished from medium-sized Pomeranians or large Pomeranians, but they are not descended from them. Pictures almost always only show white Volpinos, but they are also available in red and cream-colored. The ideal height at the withers for males is 27 to 30 cm, females should be slightly smaller at 25 to 28 cm. A specific weight is not specified, 4 to 6 kilograms are usual. Like all lace, the Volpino is an open book whose mood can be clearly read on his face – his charming pointed smile is characteristic. 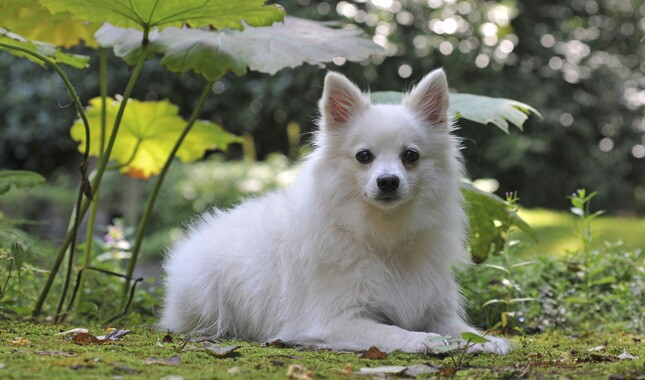 The dense stick hair consists of two layers: The soft and fluffy undercoat grows so dense that the long, awn-like top hair stands straight up. Flat lying hair never occurs in purebred Lupinos, the hair is fine and short only on the muzzle and ears. The head is covered with medium-length hair, which merges into a voluminous mane at the neck. The hair is also longer on the tail and on the back of the legs. 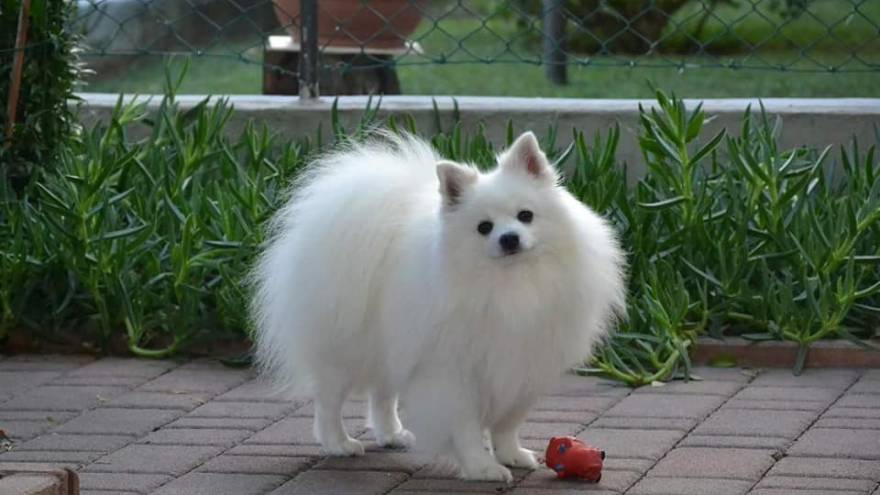 Volpi’s are almost indistinguishable from Midpoints and Pomeranians. They belong to a group of predominantly white Spitz breeds, many of which are direct descendants of the Mittelspitz such as the Pomeranian and Japanese Spitz. However, the Volpino is significantly older than the European descendants of the German Spitz and, like the Wolfsspitz and the Mittelspitz, descends from the European peat dog. Peat dogs have accompanied people in Central Europe since the Bronze Age and used to be guard and hunting dogs.

Status symbol, playmate, and night watchman in one

As early as the 15th century, Volpinos were kept in their present form throughout Italy, especially in Tuscany. The famous sculptor Michelangelo is also said to have owned a Volpino. The sweet little dogs with the good guarding instinct could be found on almost every good farm and were an integral part of the cityscape of Florence and Rome. Everyone could use the Volpino: