Puberty in dogs can be just as stressful as it is in humans. The state of emergency requires a mixture of composure, consistency, and empathy from masters and mistresses.

The young dog has hardly gotten over the clumsy puppyhood and has mastered the first basic commands when he forgets them again. Suddenly – almost all dog owners experience this – almost nothing works anymore. The same dog that has scarcely left its owner’s side before and who was very keen on training suddenly runs away in the woods, switches to overdrive at the dog training area, or barks at cyclists.

As exhausting as these changes may be, they are normal and important. Because the supposed disobedience is just a symptom of the “remodeling work” in the dog’s brain, which ultimately turns the youngster into a stable, adult dog. «Every dog ​​goes through puberty, although this term is often used incorrectly. Puberty actually only refers to the phase of physical maturation until the dog reaches sexual maturity at six to twelve months, depending on the breed,” says Marlen Maurer-Brandenberg, who, with her TSCHiGi dog school near Zurich, founded in 2009, focuses primarily on behavioral problems as well as small dogs. 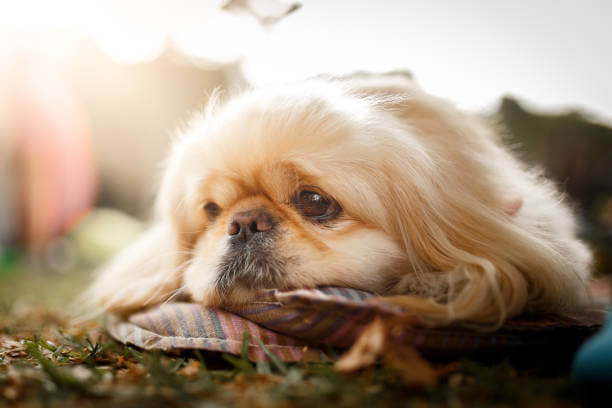 Dogs and Owners are Challenged by Hormones

“However, it is usually only the subsequent adolescence, the phase of mental and emotional maturation, that is really exhausting,” says Maurer-Brandenberg. Depending on the breed and individual predisposition, this lasts from the sixth to the 24th month of life, but in the case of large dogs such as Great Danes it can sometimes even last up to the third or even fourth year of life. In the work of the 37-year-old dog and behavior trainer, the “bug years” are a big topic. “It’s important that owners of young dogs know what to expect,” she says. “Otherwise, many try harder training methods out of frustration, ignorance, and, last but not least, sheer desperation, or even give up the dog.” You have to internalize that young dogs don’t intentionally misbehave. They themselves are overwhelmed by the changes in the hormone balance and nervous system.

The pubertal increase in sex hormones, i.e. testosterone in males and estrogen and progesterone in females, also triggers various changes in the body. The serious ones take place in the brain, which in this phase resembles a large construction site. Numerous synapses, which are connecting points between nerve cells, are broken down while the individual nerve cells grow larger. The nerve fibers are increasingly covered with myelin. This biomembrane prevents “short circuits” in the head and ensures better and faster stimulus transmission.

Clever Management Instead of Coercion

In the long term, the conversion work will lead to increased performance and more mature behavior. In the short term, however, the impression can arise that the brain is temporarily out of order. “From a neurobiological point of view, there is a temporary frontal brain deficit during puberty with all its fatal consequences,” explain veterinarian Sophie Strodtbeck and dog trainer Uwe Borchert in their guide “Help, my dog ​​is going through puberty!” Since the frontal lobe is the part of the brain that controls impulses, plans actions, and assesses the consequences of actions, it is clear that the pubescent dog cannot really do any of this temporarily.

How a dog reacts to the hormone cocktail and the reorganization of the brain is individual. Typical symptoms include poor concentration, susceptibility to distractions, being easily excitable, and separation anxiety. Many four-legged friends are now discovering their innate drive to hunt or herd. Species-appropriate housing, stable structures, and sensible training cannot prevent puberty, but they can certainly mitigate the effects. “In this phase, the owner is asked above all to be calm,” says Maurer-Brandenberg. Of course, you can’t just let the dog do its thing, as undesirable behavior patterns are established in this way. “But sometimes it makes more sense to defuse a situation through clever management than to try to force the dog to obey.”

In practice, this can mean, for example, that it is better to take a hare hunter in the forest or in the field temporarily on the tow line. This prevents an ugly and dangerous situation as well as a frustrating vicious circle. Because if a dog runs away and no longer reacts to calls, the owner often becomes angry after a while, changes posture and tone of voice, and thus make coming back all the more unattractive. And if the dog is finally back after his trip, which was quite satisfying for him, he may also be punished, which at most will teach him to stay away longer next time.

Young dogs are bursting with energy and often tempt the owner to overwhelm them physically or mentally. You should avoid that because the stress hormone level is high during puberty anyway. A circumstance that also explains why some dogs suddenly show fear in situations that they previously mastered calmly. Walks in which the dog is exposed to a lot of environmental stimuli, for example in the city, are mentally extremely taxing, says Maurer-Brandenberg. Rest periods are therefore just as important as sufficient exercise and social contact with conspecifics. Quiet walks and nose work help to relax. “And a completely hyperactive dog should generally be allowed more breaks with chewing bones instead of registering it for an agility course.”

Not Everyone Works for Dry Food 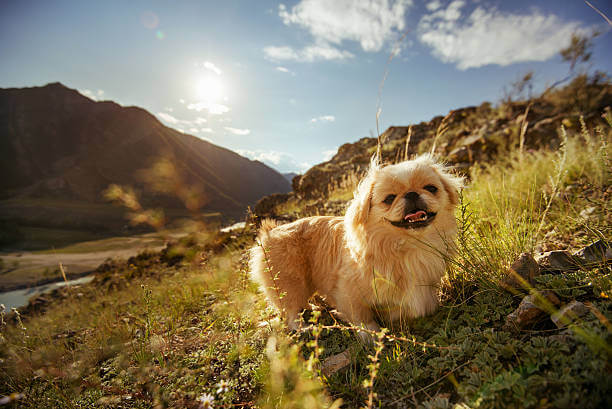 Often the owners of a pubescent dog change the training method. Since treats and petting don’t seem to work properly, punishment or a choke collar is sometimes used. This damages the relationship of trust between two- and four-legged friends and robs the dog of self-confidence and the joy of training. “Instead, you should continue to encourage the dog positively and adjust the reward if necessary,” advises the dog trainer. Not every dog ​​works for dry food, so sometimes you have to switch to special treats or reward the animal with games or cuddles. Maurer-Brandenberg advises keeping the training sessions as short as possible so that the dog does not lose interest.

Those who persevere will be rewarded. Because at some point the state of emergency will be over. And a youngster who has been led through the wild months with patience and loving consistency becomes a balanced, content, and well-behaved companion.