As the smallest dog in the world, the Chihuahua comes from Mexico, where it unfortunately often met its end as a sacrifice for religious reasons and if it didn’t, the Mexican Indians ate it as a delicacy. These days, the Chihuahua is considered a lap dog, but essentially doesn’t like that role at all.

The Physique of the Chihuahua

In relation to the apple head, the Chihuahua has relatively large ears and eyes, which make up a typical feature. The Chihuahua comes in both long and short coats, in basically any color. Ideally, your Chi should weigh about one and a half to three kilos, but there are now also animals with a bodyweight of only 680 grams, although this breeding has been criticized as torture breeding. The size, not defined in the breed standard, is generally between 15 and 35 centimeters. The so-called Teacup Chihuahua does not grow any larger than a large guinea pig.

The Nature of the Chihuahua 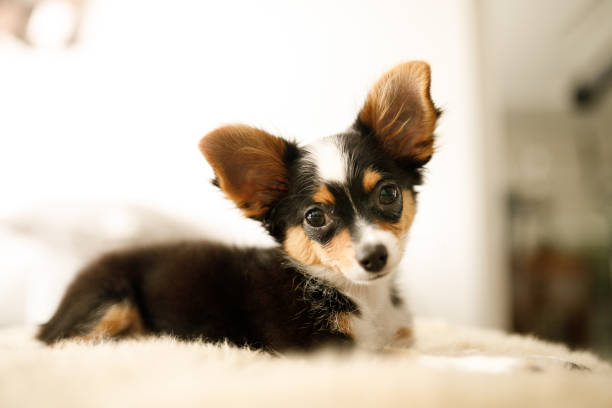 The supposedly cheeky goblin makes up for the missing grams in body weight and size with his self-confidence. If every owner would understand that this dog is not a doll and that the animal could therefore enjoy consistent training, the prejudices generally associated with Chi, such as loud snouts and restlessness, would be a rarity.

And precisely because of the delicate physique, the fallacy apparently arises that such a dog should have more rights. Of course, this contributes to the already high level of self-confidence. So here you should be careful not to let yourself be “locked-in” by these oh-so-small, big googly eyes.

Character traits that apply to this little man are liveliness, courage – which can, however, reach hubris – and attachment, as well as jealousy. He likes long walks and does not belong in a woman’s handbag.

The Chi generally likes grooming as a rite. The fur of the shorthair is close-fitting, has a silky sheen, and is of a finer nature. The fur of the long-haired Chi can be fine to wavy, there are no rules when it comes to color, anything from white-grey to red-brown is possible. You should ensure regular brushing of the fur and a bath from time to time, whereby you should make sure that no water gets into your ears and eyes.

Once upon a time, there was a trend towards the Merle coat pattern, which gave rise to a major controversial issue among breeders: Merle is about the loss of pigment, which can go hand in hand with blindness or deafness. In the blue Chihuahua (color mutation alopecia) the hair follicles often cripple and the fur simply fell out. 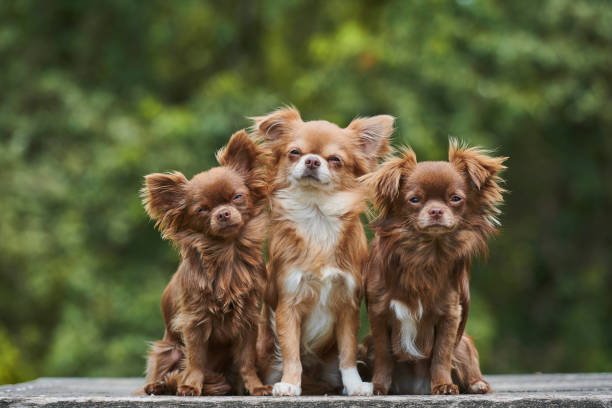 The rather large eyes are very sensitive and breathing problems develop more and more often due to the overgrown nose and narrow trachea. The Chihuahua often suffers from difficulties with its teeth or jaw due to dwarfing. Patellar dislocations and elbow dysplasia are more common in Chihuahuas.

You should absolutely watch out if you get such a kobold if the skull is closed. There were breeders who bred a fontanelle that was too big, which can be dangerous for your darling. Because they were too small, hydrocephalus often occurred. The birth of the 1 to 3 puppies per litter usually happens by cesarean section, because in relation the puppies are too big for the pregnant mother.

From a reputable breeder, you will get a dog that is fit and active and will stay with you for around 12 to 16 years, depending on your weight. However, you should take special care of your little four-legged friend in winter, as they are very sensitive to cold and easily susceptible to pneumonia and coughing.