The Continental Bulldog is one of the smallest Molossers. And yet there is a small powerhouse in her that has made a good name for herself both in sports and as a family dog.

Contents hide
1 History and Origin
2 Numbers, Data, Facts
2.1 Timeline Highlights
2.2 Use
3 The Character of the Conti
3.1 When dealing with families and children
3.2 In dealing with other dogs and other pets
3.3 Urge to move
3.4 The hunting instinct
4 Optics and Fur

The heart of Imelda Angehrn, a Swiss breeder, beat the English Bulldog for a long time. For about 40 years she led successful breeding with this breed of dog. But over time she was no longer convinced that breeding the typical English bulldog was going in the right direction. Although she put a lot of effort into selecting a breed, she was very worried about the state of health and the quality of life of the English Bulldog. Imelda Angehrn publicized these concerns as early as 1993 in her book “English Bulldog” and thus spoke out loud about the thoughts of many other dog lovers.

In 2000, Switzerland then began discussing the tightening of animal laws and breeding regulations. The drafting of a corresponding animal protection law in Switzerland contained, among other things, a ban on the “production and keeping of animals with certain physical and behavioral abnormalities”. Thus, the continued existence of the English Bulldog seemed to be questionable in general. Together with Imelda Angehrn’s already existing doubts, this discussion finally led to the starting signal for the development of the breed, which was later named Continental Bulldog.

In the beginning, Imelda Angehrn got in touch with various well-known cynologists. Cynologists deal with the study of dogs, which also includes knowledge of breeds, breeding, and diseases. This makes them the ideal people to talk to when it comes to developing a healthier breed. 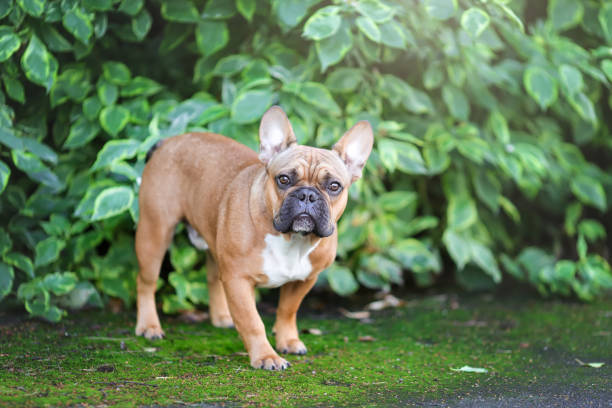 At the same time, the requirements for compliance with the requirements of animal welfare would be met. This should ensure the continued existence of the English Bulldog. The idea was born and Imelda Angehrn submitted an application to the Swiss Cynological Society (SKG) for a crossbreeding attempt, which was approved in the summer of 2001.

The Character of the Conti

When dealing with families and children

Its dimensions make it a dog that is easy to handle in everyday life: It is a comfortable size and can also be carried or lifted. His athletic body allows him to show a certain temper and makes him suitable for various dog sports. In terms of temperament, the Continental Bulldog is suited to being a family dog. In general, Molossians have good impulse control, and the same applies to the stimulation threshold.

In dealing with other dogs and other pets

There is no general answer as to whether a Continental Bulldog is compatible with other dogs or other pets – as, with humans, there are sympathies and antipathies. So far, better compatibility with other species has tended to be observed.

The Continental Bulldog is an athletic and sporty bulldog, but not the friend of an extreme athlete who wants to have a dog with them on long forced marches. This dog is always available for short hikes and nice walks.

If there are bulldogs that can’t climb stairs or jump on the couch, this dog won’t let that stop him. But even spending a day on the couch is no problem for this dog. 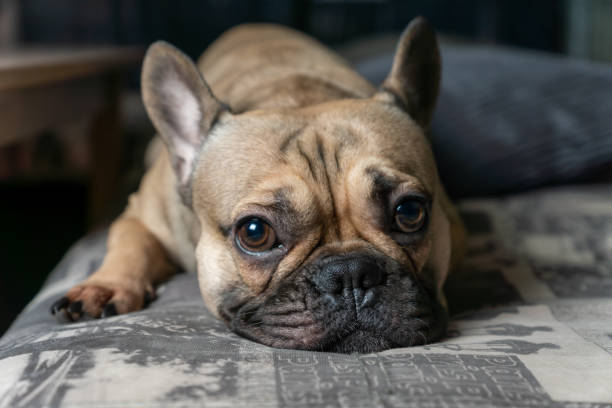 Of course, like any other dog breed, the Conti also has a hunting instinct. As a rule, this is of course not as pronounced as with a so-called “hunting dog”.

The Continental Bulldog is an athletically built, bulldog-like but agile dog. The head is less massive than the English bulldog, with fewer wrinkles and a clear stop. The underbite is not so pronounced. He has a short and strong neck. Its legs are stocky, with the forelegs much closer together than the English Bulldog.

The Continental Bulldog has a short, dense, smooth, shiny coat, but not bristly. The undercoat is short, dense, and very fine, sometimes absent. All colors accompanied by a black nose are permitted – solid, brindle, or combined with white, with or without a black mask. A specific stain pattern is not sought. The color blue is not desired.