The Chihuahua belongs to FCI group 9 of companion and companion dogs and has its origins in Mexico. It should be as small as possible, ideally weighing 2.5-2.7 kg, although weights of up to 7 kg can occur.

Origin of the Chihuahua

The original origin of the “Shiva was” is still being discussed extensively to this day. It is now believed that the once sacred dogs of the Aztecs and Toltecs were crossed with Chinese animals left in Mexico by Spanish traders returning from China, which then crossed with the native hairless dog breeds to create the modern Chihuahua is.

The name Chihuahua then came about through the Mexican state of Chihuahua. Anyway, around 1895 Chihuahuas were first mentioned in Mexico City, a short time later these dogs also reached El Paso in Texas, and soon this breed was at the top of the dwarf dogs in the USA. The longhaired type was probably bred in the United States by crossing Papillion and Pomeranian.

During this time, small and wild four-legged friends form the basis of the dog breed, which is now popular around the world. In many previous descriptions, the progenitors of the breed became princess toys, sacrificial burial animals, or a dietary component of native Mexicans.

A first breed standard was established in the USA in the 1930s. A good 30 years later, the small dog came to Germany. Here he finds many friends due to his self-confident, uncomplicated, and affectionate demeanor. The Chihuahua is considered the smallest dog breed in the world. 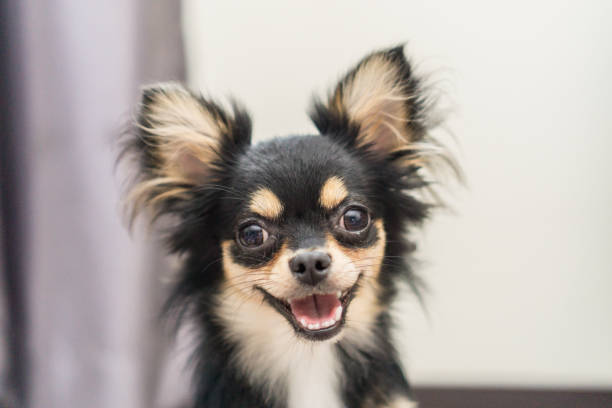 Any further efforts by individual breeders to reduce the weight of the dog below the one-kilogram mark are hardly in the interest of the animals. The breeds that celebrities carry with them for the purpose of self-portrayal are the bitter result of an attitude that does not do justice to the nature of the animals.

The smaller the dogs are, the lower their life expectancy is reported. The ideal weight, described in the FCI standard with the number 218, is between 1.5 and a maximum of 3 kilograms. Responsibly bred Chihuahuas live up to 16 years or more. They come in two coat varieties. The long-haired variant has fine hair with a little undercoat. It is plain to slightly wavy, and the neck, ears, and tail as well as the back parts of the extremities are feathered.

Regular grooming with a brush maintains the shiny, silky character of the coat. The smooth, soft, short-haired version is even easier to care for. The breed standard allows both coat types in all colors and color combinations, with the exception of the Merle color type.

The tail curved over the back and the protruding and large-looking ears are further characteristics of the breed. Appropriate handling of the dog, including the renunciation of coddling and coddling, is the prerequisite for a happy life in the Chihuahua. Regardless of its size, it is a full-fledged dog – a lively and playful companion.

These “miniature” dogs are characterized by a big heart coupled with plenty of courage, making them an ideal companion for people who are housebound. He loves company and because of their tiny size, they are particularly suitable for people with cramped living conditions. One of his favorite activities is cuddling, so he is extremely suitable for owners who spend a lot of love and time on him. In addition, he fully adapts to his new partner, whom he jealously protects in an emergency.

He is not intimidated by other dogs, no matter how big they may be. Ironically, the smallest of the dwarf dogs combines the hunting and protective instincts of a much larger dog with the special appeal of the dwarf forms. In addition to a lot of charm, he has a lot of energy – not without showing certain overconfidence from time to time. He is the first choice for inexperienced dog owners who are willing to train the charming dogs. This includes paying special attention to his willingness to bark. 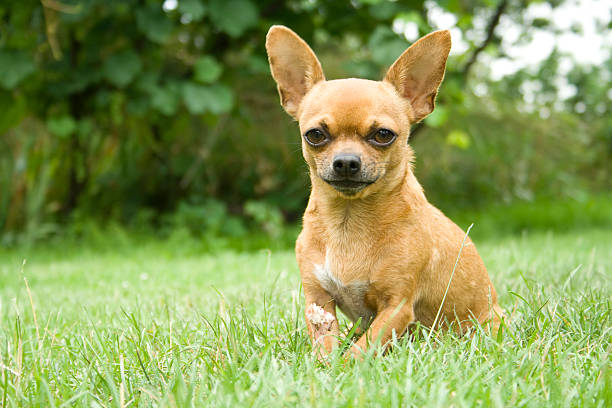 He looks for a human favorite – even within a family. However, children are rarely the family dog’s preferred playmates. To the two-legged chosen one, the Chihuahua is loyal and affectionate. An outspoken “one-person-dog” who eyes strangers with suspicion to jealousy and expresses his disapproval loudly and clearly.

The small body is basically no more sensitive than that of larger dog breeds. The small size can be an advantage when it comes to accompanying the person or people. Chihuahuas want to be everywhere. The sociable dog with the big dark eyes and the apple-shaped head almost never experiences a negative attitude from the people he meets.

The Chihuahua seeks and needs employment. Regular walks, which can be extended willingly, are part of it. The dog’s tendency to hunt and stray is easily manageable. The Chihuahua enthusiastically accepts training tailored to its physical capabilities. The intelligent dog learns little tricks quickly, as long as it’s about having fun. Joint events with dogs of other breeds are dispensable from the point of view of the Chihuahua, but he is quite bold and courageous towards them.