In terms of visual appearance, nature, and character, the three different Belgians hardly differ. Only the coat shows immediately whether you are looking at a Belgian Shepherd Dog, a Groenendael, or a Tervueren. What is striking about the Tervueren is the pronounced black mask and the black, so-called charbonnage. Charbonnage is the name given to the slight hint of black that appears to cover the fur. 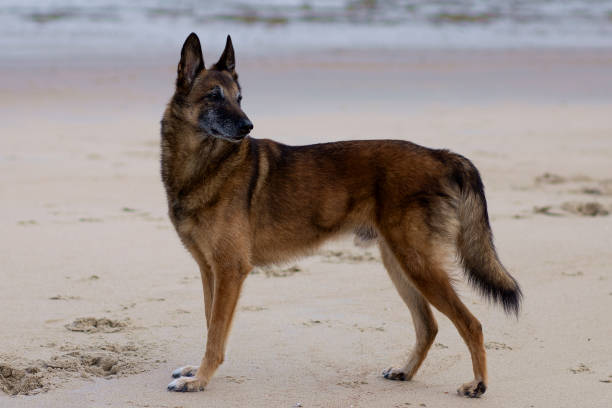 This impression is created because the Tervueren’s individual hairs are actually black at the ends (the rest of the hairs, on the other hand, are mostly reddish-brown in color). It seems as if the fur has been lightly dusted with black paint. In addition to red-brown as the basic color, the Tervueren also comes in other shades of brown, ranging from beige to gray. However, the charbonnage is always decisive, accompanied by the striking black face mask.

Up until the end of the 19th century, Belgian shepherd dogs were mainly considered useful helpers on farms and for shepherds throughout Belgium. At that time, they were not considered an independent breed. Only after the Club du Chien de Berger Belge was founded in Brussels in 1891 did this breed find recognition; a year later, a valid standard was established. The first registered dog was named Vos de Polders and was a Malinois.

Already at this point in time, three different variants were defined: a distinction was made between the long-haired, short-haired, and wire-haired Belgian shepherd dogs. Over the years, the standard has undergone numerous changes; there was another club and with it constantly changing regulations.

Like the other shepherd breeds, the Tervueren can be used in many areas. He is very popular as a family and guards dog, but he is also often trained as a protection or guide dog because he is very eager to learn and intelligent. In addition, he is characterized by patient behavior, which is a great advantage, especially when dealing with children. 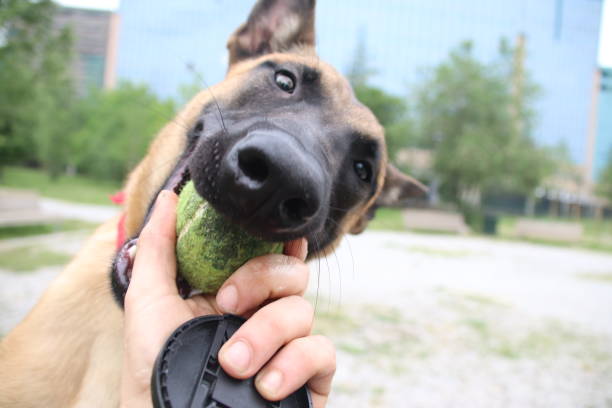 A Tervueren will also enthusiastically accompany his family on sporting activities, he is just as suitable for agility as for longer bike tours. The Belgian Shepherd Dogs have a slightly lighter bone structure, optically they offer a very elegant appearance. This is underlined by the head carried quite high – which, in contrast to the German shepherd, is carried at an angle of almost 90° (German shepherd currently approx. 45°), and thus appears quite proud.

The physique is ideally square and only slightly angled. As a result, the gait of these dogs is far less expansive than that of the German shepherd dogs. However, the Belgians have a much better jumping ability and also have an advantage in terms of speed.

The Tervueren is 56 cm (females) and 66 cm (males) at the withers. Accordingly, the weight should be between 27.5 kg and 28.5 kg. Experience has shown that Tervueren usually reaches an age of 12 – 14 years, and they often get a little older.