It’s better to yell too much than miss the decisive mission. The Slovensky Cuvac has not lost its natural acumen and protective instinct as a herding dog. They still exist in Slovakia and the Czech Republic, they were originally used as white herding dogs. They are reserved with the unknown and reserved with people they do not know. Strangers meet an aloof, incorruptible dog with no aggressive traits.

According to written records, the Slovak national breed lived under harsh living conditions at the beginning of the last century. The frugal four-legged friends look after and guard herds of cattle as well as turkey stocks.

They protect them from wolves and bears, the families, and their farms from robbers. They work intelligently and independently, skilfully guiding lost herd animals back to their place. The regulated breeding of the Slovensky Cuvac breed is closely linked to Czechoslovakia, which was proclaimed in 1918. It is dramatically interrupted by the turmoil of World War II.

Facing the doom, the formidable Slovak Mountain Dogs are enjoying a renaissance thanks to dedicated friends. However, the final recognition of the breed, after many disputes about its independence, drags on until the 1960s. 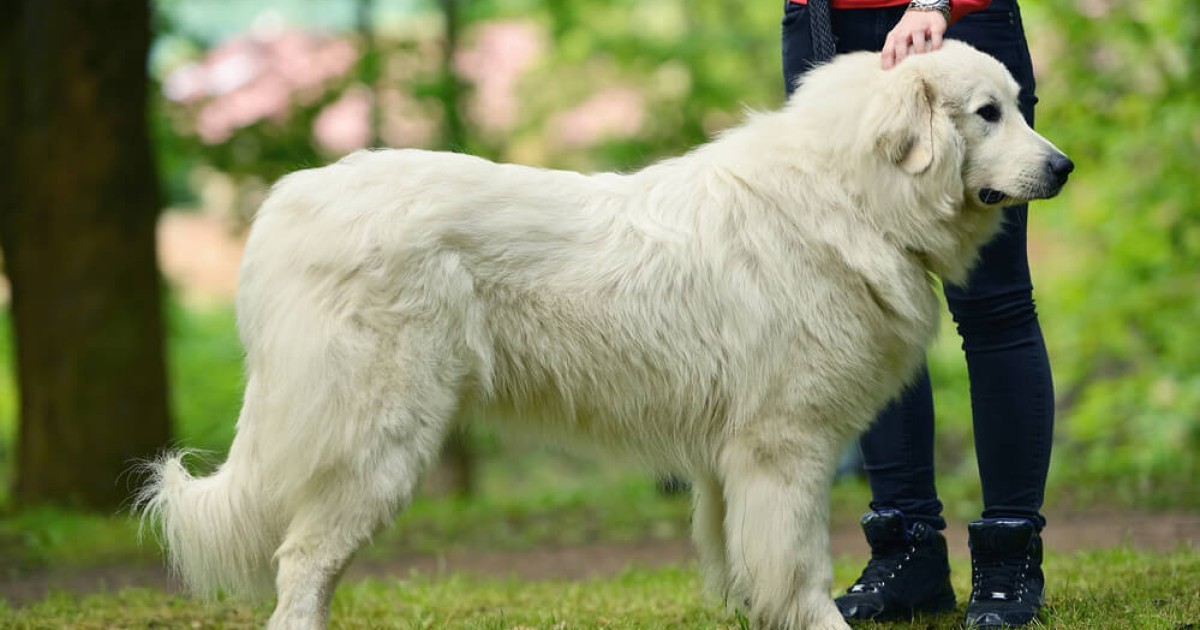 It is difficult to prove unique selling points because of the close relationship between the mountain dog breeds in Europe. Similarities especially to the Hungarian line are unmistakable. The descendants of the assumed ancestral Great White Polar Dogs are given the FCI standard number 142 in 1965. The weather in the home region demands a lot from the Slovensky Civic. The weather is harsh, changing quickly in the barren and mountainous areas.

An effective mixture of fine, dense wool hair that insulates and warms, with a smooth or slightly wavy topcoat that protects in winter. After the hair change, a much more airy summer coat stands for a good climate in the coat. It hardly picks up dirt and the pure white is retained. The bright face of the four-legged friend makes it much easier to distinguish between helpers and robbers.

The dog owner cares for the long-haired fur of his companion with moderate effort. It is enough to brush the Slovensky Cuvac irregularly, depending on how busy it is outside. During the hair change, the dog is grateful for a little more grooming. The males differ from the females because of their strikingly distinctive mane and stronger stature.

Impressive in appearance, it grows to between 62 and 70 centimeters at the withers (bitches reach 59 to 65 centimeters). The white male mountain dog weighs 36 to 44 kilograms, the female representatives are up to seven kilograms lighter. Both sexes have a gentle facial expression in common. The dark, medium-sized eyes, high set, and close-fitting ears underline the smiling face.

The restraint of the popular breed described at the beginning does not affect its familiar environment. If the Slovensky Cuvac knows two or four-legged roommates, he is loyal, friendly, and caring. Big dogs get along well with small people. On the other hand, strange dogs within his territory can represent a serious provocation. The breed-typical constant interest in everything can and should be used prudently by the owner for the upbringing. 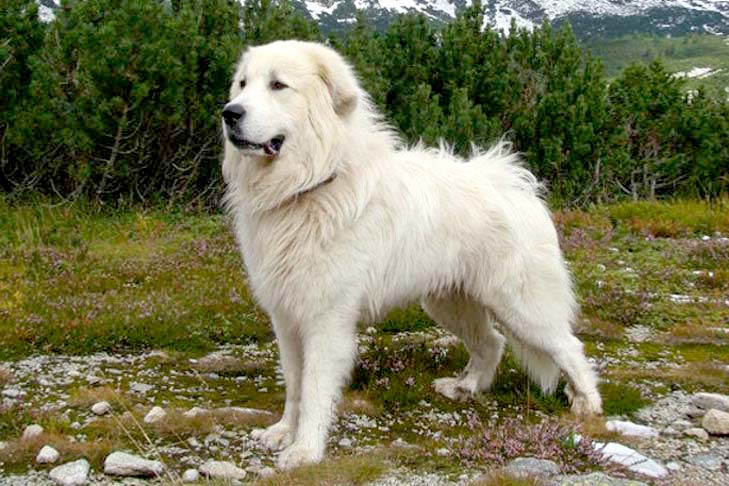 Comparatively late, the Slovensky Cuvac completes the mental development, unlike the physical maturation. This takes a good three years. Growing up with as many diverse impressions and extensive experiences as possible prepares the late developer appropriately for life together. As a result, there are no occasions for unnecessary barking.

What the dog knows does not need to be commented on. He demands a lot of calm, patience, and perseverance from the caregiver. She has a fair amount of time and commitment to put in. This does not fundamentally exclude beginners in dog ownership. The living environment may be generously available for the white man, not so the pure housing attitude.

The Slovensky Cuvac loves to explore his area of ​​responsibility and choose his whereabouts independently. He is willing to work and full of spirit – but without exaggerations. Exploring nature on long walks corresponds to his nature. Its tendency to stalk games is limited. He is hardly suitable for dog sports. The training to become a search and rescue dog, as well as those to become a therapy dog, have both passed with flying colors.