Comparing the Coton de Tulear to cotton is no coincidence. The little dog’s fluffy, silky fur is white and has a texture similar to the seed hairs of the burst fruit capsules.

The origin of the dog breed becomes clear in the second part of its name. The island state of Madagascar off the east coast of Africa becomes the home of the ancestors. According to tradition, they used to hunt rats and mice on seagoing ships. Later, together with dogs native to the land, they form the basis of the new breed.

Breeders of the Breed

According to other sources, it is the French who bring the dog to the island. The city of Tulear (also called Toliara) is located in southwest Madagascar and is the seat of government of the province of the same name. The appearance and the engaging nature give the dog breed a special status.

The French nobility loves the Coton de Tulear. On the other hand, the common people are prohibited from owning such an animal. The umbrella organization of the Federation Cynologique Internationale recognized the breed late and gave it the standard number 283 in 1970. This means that the four-legged friend is assigned to the company and companion dogs. The French breeding association is responsible for the breed standard. 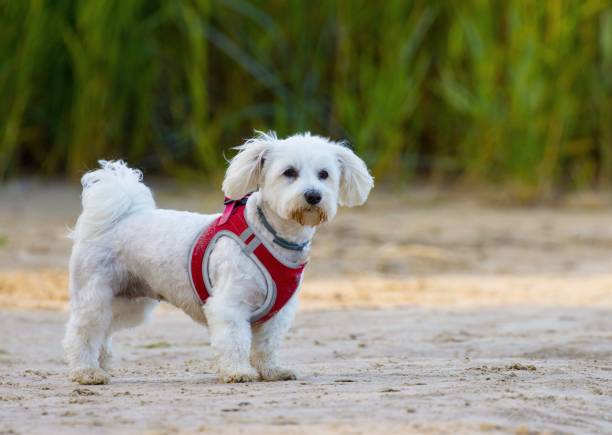 The cotton dog is now a little more common in Europe. The appearance and character are still original – good prerequisites for a healthy and robust dog. The little male weighs four to six kilograms; the female Coton de Tulear remains a good kilogram below. Its shoulder height measures 26 to 28 centimeters (23 to 25 centimeters in the bitches).

He is by no means a lap dog, although staying close to his people on seating and sleeping accommodations seems consistently attractive to him. It is important for the Coton to be there – wherever that may be. The small dog does not like being alone. Working people are advised to choose a different breed if they are separated from their four-legged companion for more than a few hours – the rest is a matter of practice.

The happy and lively white has a feline affection and thanks to the human presence a lot of good humor. His eagerness to learn, all-encompassing curiosity, and the conspicuous way he moves can have an almost mood-enhancing effect. Every now and then he literally jumps while running. The Coton de Tulear is a suitable animal for dog beginners. His openness to everything new is very helpful for his upbringing.

He’s always looking for plenty of praise, and when necessary, a gentle rebuke is enough to make him change direction. A dog for almost every lifestyle in the country or in the city apartment. Sporting activities are extremely welcome for the Coton de Tulear. He accepts the challenges of agility or dog dancing with ease and commitment.

If there is a meaningful occupation, the dog is a valued companion for seniors, in the community of families and children as well as in single households. It’s all in the mix: Show and action, on the one hand, cuddly units, and leadership on the other. The companion dog is compatible with other dogs and animals. He snaps at strangers but quickly calms down again as long as their residence permit is made clear to him. 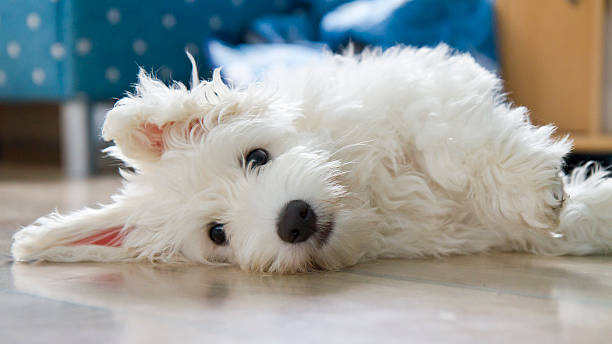 When the Coton de Tulear puppy meets its owner for the first time, the coat may show brown and white spots. Later the color grows out. Puppy age is also the right time to start the brushing process.

Getting the puppy used to this makes the time-consuming and regular procedure easier. The adult dog’s white coat is finely textured and mats easily if not given the necessary grooming nearly every day. Every now and then the long-haired dog gets a bath with a mild and moisturizing dog shampoo. This way the hair stays soft and fluffy.

Without an undercoat, it is designed to meet the demands of summer and winter alike, only extreme heat restricts the dog’s activity. The length of the hair is not shortened – that would deprive the dog of its breed-typical appearance.