For more than 70 years, the film and television dog “Lassie” first accompanied readers, and later cinema-goers and television viewers. Very often this nickname can be heard from the mouth of dog owners instead of the breed name Collie.

The broadcasts of repetitions of the US cult series “Lassie” of the same name are now rarely seen. That didn’t detract from people’s enthusiasm for their Collies. The second variety of Collie is the Smooth Collie with the FCI standard number 296.

Since this breed comes from the same basic breeding material as the other Scottish herding dogs, it is also often called “Scotch Collie”. Apart from the different fur, the other distinguishing features of these dog breeds are usually only apparent to experts. The first-mentioned breed is the focus of the consideration presented here. 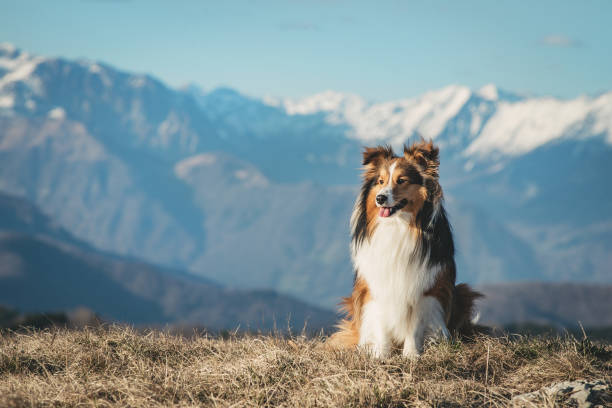 Interesting facts about the collie breed

Two variants of her are bred: a British and an American type. More colors, a physique with more substance and weight as well as differences in the coat characterize the American variant.

Shepherds have used agile livestock guardian and herding dogs on the Scottish moors and northern England for several centuries. These Colley Dogs are named after the Colleys, sheep with blackheads and legs. The dogs are crossed with, among other things, Gordon Setter and Borzoi, and the long-haired Collie (Rough Collie) are increasingly taking shape. For all the beauty of the long, dense fur that lies close to the body, the function of the coat is clearly in the foreground.

The conspicuous markings are intentional – due to this breed-typical feature, the herding dog is easier to spot in the field. The collie is considered to be one of the most beautiful pedigree dogs.

It is available in three colors:

Each with typical markings in white on the ruff, chest, legs, and paws. The American standard also allows white Collies. Under the smooth and harsh topcoat, the impressive Collie has a very dense, soft, and downright furry undercoat.

Contrary to expectations, the effort required to care for the coat can be kept moderate. Outside of the molting periods, vigorous brushing every week is sufficient.

Tangles can easily occur behind the ears and on the legs, so regular checks are required in these areas.

The weight of the breed is not specified in the FCI standard. However, with a height at the withers of 51 to 56 centimeters (females) and 56 to 61 centimeters (males), values ​​between 23 and 34 kilograms are the norm.

When it comes to the origin of the Collie, it is believed that the descendants of the dogs that the Romans used when they invaded Great Britain in 50 BC. brought with them were crossed with native Scottish dogs. When Queen Victoria visited her Scottish estate Balmoral for the first time in 1860, she got to know the hard-working collies and was so enthusiastic about these attractive dogs that she brought some specimens back to Windsor Castle. 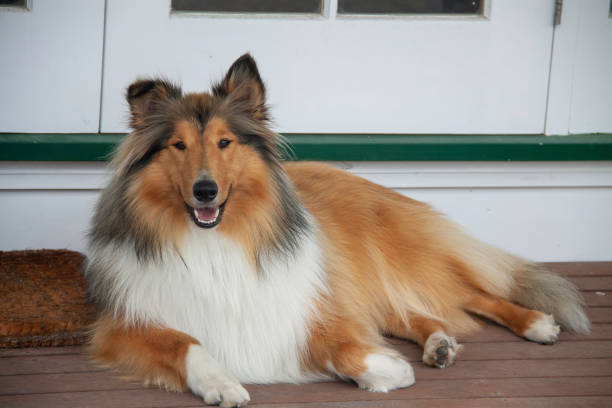 Because of her love for the breed, she quickly gained popularity and soon became a popular show dog in England. With the emergence of dog beauty pageants, breeders sought to create ever more colorful Collies.

In addition, over the next few years, they increasingly emphasized the already universally admired characteristics of this breed, the slender, narrow, and chiseled head, and long coat. This is how the external image of the Rough Collie, which we know to this day, came about.

Born as a true working dog, the Collie was increasingly bored in fine salons, eventually leading to the breed being considered hysterical at times. However, he proved himself excellently in military service as a reporting and medical dog.

Descended from old stock-haired herding breeds, the Smooth Collie, unlike its long-haired relative, was never a fashionable dog. However, he has the same good qualities as the Rough Collie but is not as sensitive. The Rough Collie became increasingly popular, not least because of the stories of the collie “Lad”, written by Albert Payson Terhune. The breed really became famous around 1940 when a Rough Collie was chosen to play the role of the dog “Lassie” in the hugely popular films and television series.

The model for this was the classic novel “Come on Home” by Eric Knight. In the heyday of the breed, collies were common on many farms, their friendly facial expression and half-erect ears were the breed’s trademark and also an important trait for show dogs. Unfortunately, the great demand for collies meant that many atypical and anxious collies appeared more and more often. It is thanks to responsible breeders that the collie was able to regain its good reputation over time.