Dachshunds are intelligent and fun-loving dogs. In return, those who meet their needs receive a loyal and courageous companion for life. Find out everything about the Dachshund breed here.

Dachshunds are extremely popular pedigree dogs among dog lovers. Here you will find the most important information about dachshunds.

Origin of the Dachshund 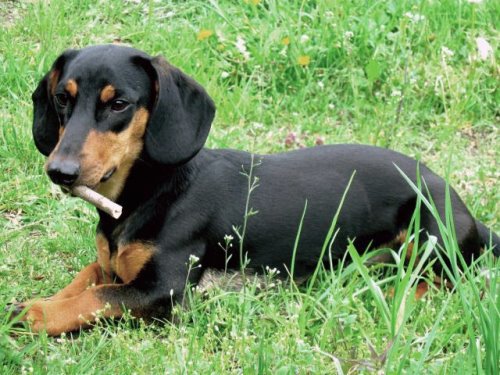 Dachshunds were originally bred as hunting dogs in Germany. With their short legs, they are able to crawl into fox and badger dens. They used to be called Teckels, and this name is still common in some regions today.

The appearance of the Dachshund

Dachshunds are medium-sized dogs, but they have very short legs, so they are often mistakenly referred to as small dogs. Healthy dachshunds should not have crooked legs. The standard calls for straight forelegs of good bone, viewed from the front, with feet pointing straight ahead.

The body appears elongated due to the short legs, but is still very muscular. The runs are powerful. Dachshunds often have a cheeky and cocky facial expression.

Coat and colors of the Dachshund

The fur colors of dachshunds vary from brown to black. The coat of the short-haired dachshund is smooth and strong. The long-haired dachshund, on the other hand, has a shiny, soft coat. It’s longest on the tail. The hair on the head is short, like other dachshund species. Wiry and short fur characterize the Wire-Haired Dachshund. In addition, the undercoat here is very dense.

Temperament and upbringing of the Dachshund

In addition, dachshunds also have a special charm. Due to its character traits, a strict upbringing with clear rules is very important for the dachshund. Begin consistent and patient training the moment your new dachshund enters your home. What is once forbidden remains forbidden. Also note the digging, barking at people, etc.

The dogs don’t know much about the word “exceptionally”. They like to have firm rules to follow. This gives the dachshunds security.

Keeping and caring for the Dachshund 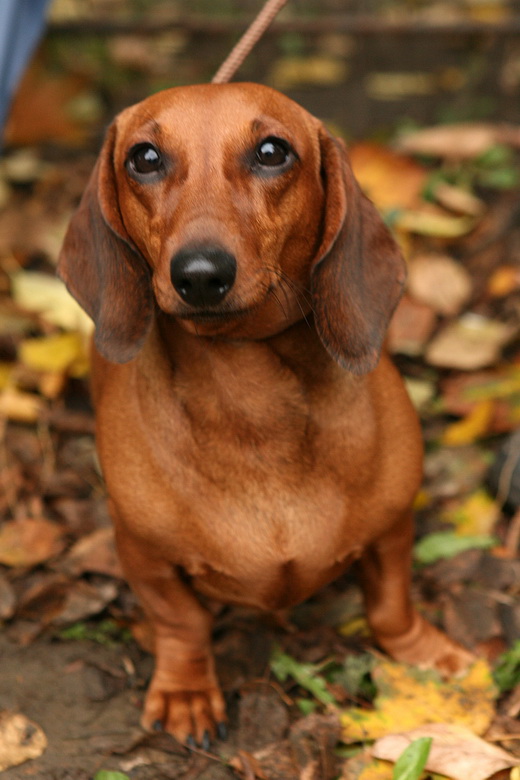 Dachshunds are hardy and long-lived – they live between 12 and 15 years. The physique with the short legs and the long back causes a susceptibility to intervertebral disc problems.

The so-called dachshund paralysis, i.e. a herniated disc (discopathy), leads to severe pain and symptoms of paralysis because nerves are narrowed, squeezed or even severed, depending on the severity. To prevent this, it is recommended to strengthen the back muscles, for example by swimming. In addition, uncontrolled climbing of stairs should be avoided, as well as jumping on/off the sofa or in/out of the car.

Dachshunds don’t tend to gain fat. Nevertheless, obesity is also a risk factor for this breed of dog. Dachshunds can also become overweight if they are not exercised enough or are given unsuitable food too often.
Breed-appropriate utilization is therefore particularly important for dachshunds. The Dachshund’s favorite pastimes are:

With a regular, if not hunting, utilization, the dachshund becomes a great family dog.