The Dachshund’s stubbornness is proverbial, but that’s just one aspect of this popular and lovable dog. The dachshund is also called Teckel or Dachshund. The last name in particular suggests its original use as a hunting dog.

Characteristics of the Dachshund

The dachshund is a brave dog, stubborn, and very hardy. These qualities were bred to him for his original use as a hunting dog. But dachshunds are also very affectionate and loyal and have a friendly nature. Dachshunds develop into family pets, especially when they have been around children since they were puppies.

Demands on a Potential Dachshund Owner

Dachshunds are intelligent animals with a lot of power. Therefore they need a lot of exercises, long walks where they can sniff a lot. Romping, retrieving, and mental challenges are important for the well-being of a dachshund and challenge its owner to deal with them intensively. 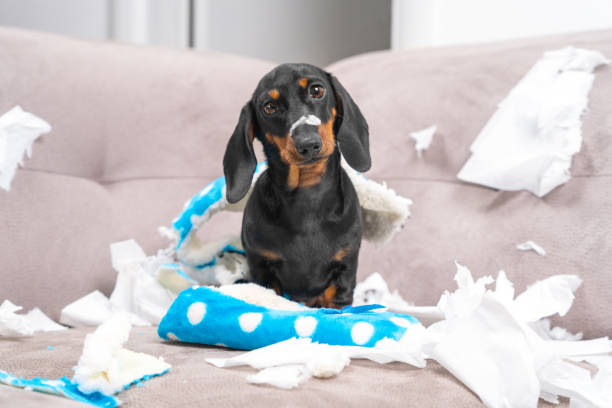 The stubbornness of the dachshund is not an invention, but the truth – if you as master or mistress do not deal with him with consistent training. Dachshunds, therefore, need experienced dog owners who patiently and straightforwardly lead the animal and train it purposefully. You shouldn’t let the dachshund look soften you. The animal will thank you with balance and will become a reliable partner for the owner and his family.