Dobermans are known worldwide and are considered noble, typically German guard and protection dogs. They supported German armies in both world wars, which is why they are associated with military discipline and fearlessness abroad. Although the training is not for beginners, the dogs are popular in Germany and are also kept outside of the police and customs as companion dogs. You can find out here what is necessary for this.

Contents hide
1 The Largest Among the Pinschers
1.1 Height and weight
1.2 Differences between similar dog breeds
1.3 Identifying features of Dobermans in detail
1.4 Coat and coloring of the Doberman
2 History and Origin of the Doberman
2.1 Reporting dog at the front
2.2 Close relatives and ancestors of the Doberman

The Largest Among the Pinschers

Dobermans and German Pinschers are similar in many respects, apart from body size. They are recognizable by their wedge-shaped head and flat forehead, the body is athletic and slim. In the past, Dobermans were instantly recognizable by their cropped ears and tail. Docking has been banned since 2015 and is no longer part of the breed standard. However, docked dogs are still very common due to high demand on the European black market. 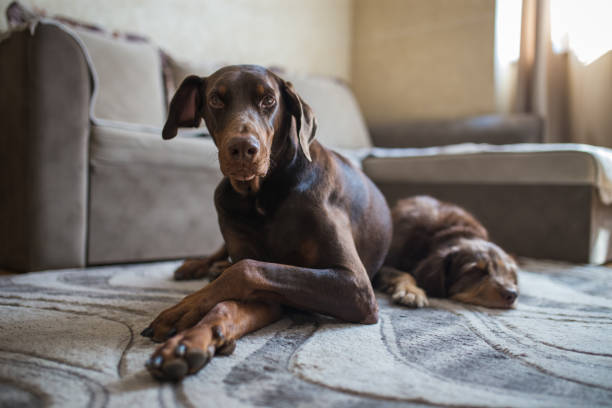 Identifying features of Dobermans in detail

Coat and coloring of the Doberman

History and Origin of the Doberman 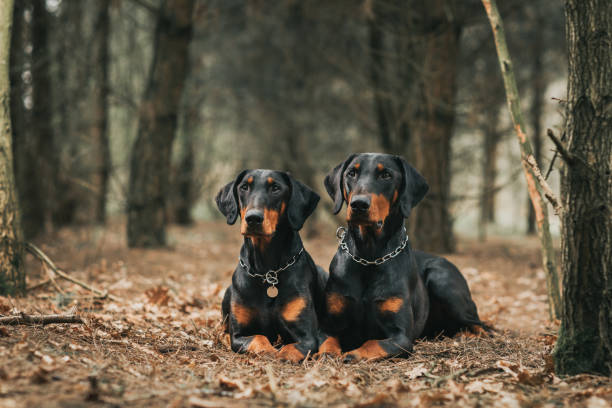 Dobermans were bred in the 1870s by tax collector Friedrich Louis Tobermann from Thuringia’s Apolda near Weimar. The dog catcher deliberately crossed different breeds with his favorite bitch and her offspring to create a keen companion for his collections. The Doberman was used as a service dog by the police early on and was thus given the nickname gendarme dog.

Reporting dog at the front

In both world wars, Dobermans accompanied soldiers on the field, relaying messages in the hail of bombs or assisting in attacking ground troops. The dogs were also often used in concentration camps. Internationally, they, therefore, have a sharp, dangerous reputation. Abroad, too, Dobermans are still used today for police operations.

Close relatives and ancestors of the Doberman