The German shepherd is used all over the world as a service dog and is known to everyone in this country. Many people have had negative experiences with a German Shepherd, which is why the breed has a rather bad reputation among inexperienced owners and passers-by. In fact, a spoiled and under-challenged German shepherd can become a problem in the family – you can find out how to properly train the dog here:

The image of the German shepherd stands internationally for unconditional obedience: a certain seriousness can be read in the face. Overall, the dogs appear a bit longer and narrower than other European shepherd dogs and usually only come in one color, with the proportions of black and brown in the coat varying. With a desirable height at the withers of 60-65 cm for males and 55-60 cm for females, they are relatively large but rarely weigh more than 40 kg.

German shepherds from head to tail: all characteristics at a glance 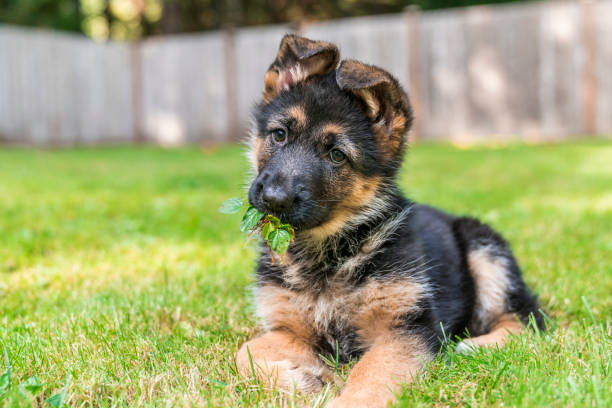 Coat and coloring of the German shepherd

German shepherds are bred in two varieties. The stock hair type with a medium-length topcoat is widespread. Its fur feels relatively hard and grows a little longer on the inside of the legs, tail, and neck. Family dogs are mostly bred with long stick hair, which is significantly softer and slightly sticks out all over the body.

German Shepherds are among the most popular dog breeds in the world. Internationally, they are still used today for police and military services. Dogs from good breeding lines sometimes differ greatly from those from torture breeding and mass reproduction, and their health is also worse. There has been a uniform breed standard for the world-famous dog breed since 1891 – since then the dogs have spread rapidly, which does not benefit either the shepherd dogs or similar breeds such as the old German herding dogs.

Up until the 19th century, dogs were bred less for physical characteristics and more for their ability to work in specific areas. In 1898 enthusiasts had a few dogs registered as German shepherds in the FCI studbook. Previously, herding dogs came in all sizes and colors. Even the Celts bred hunting-ready Segusier, which are impressively described in the first Roman records of the conquest of the north. The Romans, enthusiastic about the Celtic dogs, crossbred their Molosser-like war dogs and thus raised versatile herding and guard dogs that were also suitable for warlike purposes. 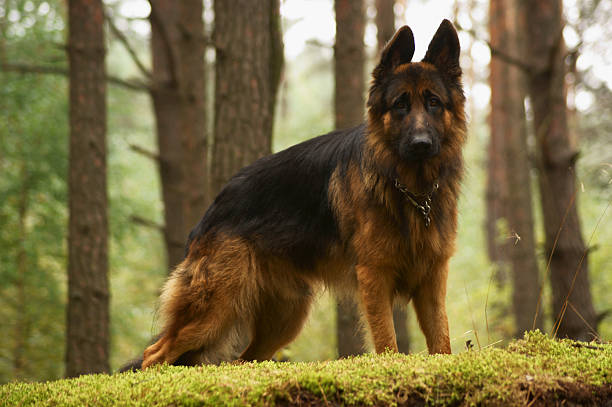 In the Third Reich, white was banned from all studbooks as the basic color for German shepherds. As a result, white puppies were often killed immediately after birth and the breed’s gene pool continued to thin out. International canine organizations rescued the white shepherd, now bred as a separate breed, known as the Berger Blanc Suisse.

As with humans, the personality development of dogs is significantly influenced by their upbringing. If a German Shepherd has bad experiences as a puppy or is neglected, it will develop negative behavior and can become a real problem dog because of its physical strength and temperament. The dogs are therefore not suitable for beginners. Experienced dog owners can easily try this on adult dogs from animal shelters or rescue stations: German Shepherds learn quickly and negative conditioning can be removed and even reversed with lots of praise, snacks, and patience.