In terms of character, the bulldog is a loving, calm and gentle dog. Since she is very friendly, especially towards children, and she is also extremely affectionate and reliable, she is an excellent family dog.

The Character of the English Bulldog 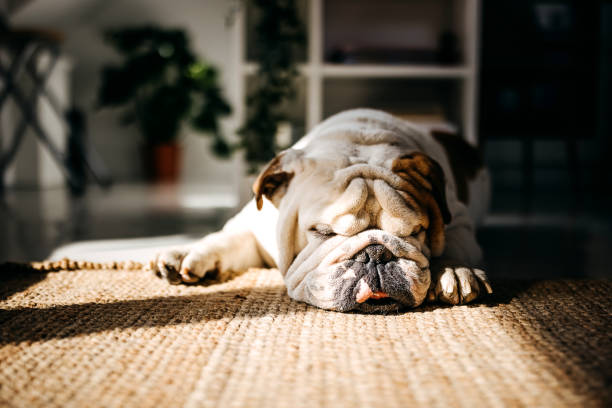 At the same time, their well-known courage makes them excellent guard dogs. She is always happy, very active, and can charm her family with her charming stubbornness from time to time. One of their favorite occupations is to accompany their masters on walks, but their phlegmatic traits mean they just as easily sleep at the feet of their owners.

How much does an English bulldog cost?

The prices for a dog from a reputable breeder start above 1000 euros.

How old can an English bulldog get?

The average life expectancy is 8-10 years

How heavy is an English bulldog?

The weight should be 25 kg for males and 23 kg for females.

Is the English Bulldog a Fighting Dog?

Earlier bulldogs were far more aggressive and had taller legs than today’s modern specimens. Today’s English bulldogs are very cuddly and have a gentle nature. You are far from a fighting dog.

When is the English Bulldog fully grown?

When the weight specified in the standard is reached, males 25 kg and females 23 kg, the English bulldog is fully grown. The breed tends to be overweight. As the owner, you have a duty here and must take countermeasures in good time. The bulldog is not particularly active, so the food must be adjusted accordingly.

What Do English Bulldogs Eat?

The breeder will be happy to answer this question for you. He knows his dog breed best and, based on his experience, can give you tips on the best food for your bulldog.

English bulldog – what do I have to consider?

The dog is a rather easy-going representative of its breed. He likes to lie in his place, always close to his family. The cuddly four-legged friend likes to cuddle with his people and loves to be scratched. The bulldog is not suitable for jogging on the bike or for long walks.

Is the English Bulldog a Beginner Dog?

no For the inexperienced dog owner, this breed is not suitable for a first dog. These dogs are quite stubborn to the point of being stubborn. Education is not that easy.

Compatibility with other dogs

There is no definitive answer to that. Some are argumentative, others tame. Just like all other dog breeds.

The English bulldog is descended from mastiff-like dogs that were introduced to Phoenician merchant ships as early as the 6th century BC. reached Great Britain. Dogs were first classified as “Bulldogs” by cynologists in the 1630s, although earlier mentions were made of them as “Bandog” or “Butchers Dog”.

One of their ancestors may be the Alaunt, about whom Edward, second Duke of York, wrote in his Master of the game around 1406: “Alaunts are treacherous and evil. He is the best dog to grab hold of and force down all kinds of animals.” At about the same time, dogs began to be set on bulls, who were usually tied to a stake, for general amusement. 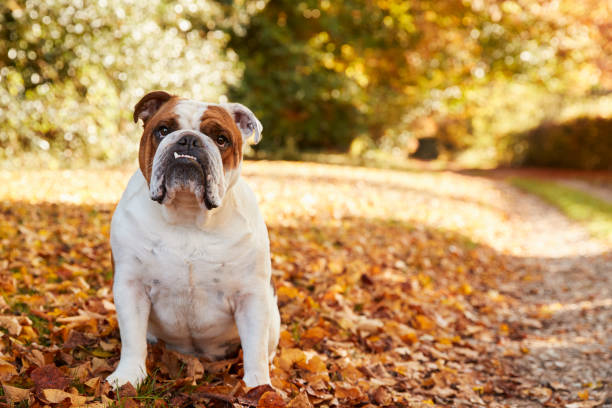 This popular amusement, known as “Bull Baiting” (bull biting), was a popular “sport” for the entire population, not only in England, for many centuries, betting large sums of money on dogs and bulls. Most of the other dogs would grab the bull by the ear, but the bulldog, due to its odd appearance, was more agile and would grab its opponent by the nose. This avoided being impaled by the bull’s horns.

The bulldogs of that time were far more aggressive and had higher legs than today’s modern specimens. They crawled on their bellies towards the tethered bull, who was trying to protect his sensitive nose by trying to hide it in a hole pawed with his front hooves.

The rules now required the bulldog to grab the bull by the nose and hold him (“to pin the beast”). The bulldog’s short nose and prominent lower jaw allowed it to grip extremely tightly without exposing itself to the danger of choking.

But not only bulls were the opponents, but also bears and lions were abused in these extremely cruel animal fights. Nevertheless, these spectacles were extremely popular with the population, which was not the least due to the superstition that only an ox that had been chased by dogs beforehand would provide tender meat.

Even poets glorified these dreadful atrocities, for example, the poet Pierce Egan wrote: “What creature so fierce and bold, springing upspringing, holding the composed? It is the Bulldog, brave in battle without comparison, as the Britons on the waves of the sea.”