The French Bulldog, also known as the French Bully, often affectionately known simply as the Bully or Frenchie, is one of the most popular dog breeds in the world. In Germany, she is currently number three on the hit list. No wonder, because this little bundle of energy is simply adorable and sweet and a heartbreaker before the Lord from the first day of the birth.

The history of the French bulldog does not begin in France but in England in East London and in Nottingham. It was weavers and lace makers who, in the early 19th century, began to breed smaller and more peaceful dogs from the English bulldog, which was often used in dogfights and bullfights. This resulted in the so-called toy bulldog. First introduced in 1836, this dog became very popular not only in England but also abroad and especially in Germany. When many English lacemakers and weavers emigrated to Calais in France over the next few decades, they took the little bulldogs with them to their new home and continued the previously unregulated breeding of the breed. It is no longer possible to say which dog breeds ultimately contributed to the current appearance of the Bully.

In any case, pugs and different types of terriers seem to have been there. After the first breeding club for the dog breed known as Terrier Boules was founded in 1880, the first breed standard was set in 1988 and the IKFB (International Club for French Bulldogs) was founded in Munich in 1909. The IKFB is a member of the VDH and the FCI. 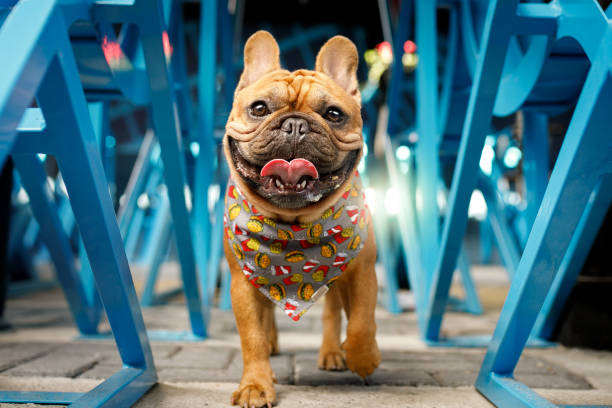 The French bulldog is now used as a companion dog. Described differently. She is a family dog.

By nature, the Bully is a calm and balanced but also lively and happy dog. He likes people, dogs, and other animals, is very curious, funny, and almost always full of energy. Hardly anyone can resist the charm of this dog breed. Nevertheless, despite its small size, the French bulldog is not a toy, but a real dog and a mastiff at that. The breed is very courageous, sometimes downright foolhardy, self-confident, determined, and a little stubborn. She is an ideal playmate for children because she loves to play and frolic around. For adults, she is a great companion through everyday life, a bringer of happiness, and a comforter, because she has a keen sense of the mood of her people. There is only one thing a French Bulldog is really bad at being alone. Anyone who is very busy at work or in the family and only has little time for their dog should perhaps not keep a dog at all, but certainly not a bully.

The little mastiff is loving with the whole family. With appropriate socialization and respectful treatment of the animal, friendships are made for life. However, children should also learn rules of conduct, such as that “pulling a rod” is taboo. The little bulldog is tolerant, but you shouldn’t challenge it.

The French bulldog is usually very nice to strangers, but not exuberant. Nevertheless, she is a good watchdog that protects her territory and reports when strangers are approaching or when something unusual is happening. But barkers are not bullies.

The French bulldog also likes strange dogs and enjoys playing with other dogs, big and small. She is very fast and agile, fearless but not rowdy. Fortunately, nothing remains of their combative ancestors who once cheered on English lacemakers and weavers at dog fights. But if another dog comes across as stupid and provokes her, the little mastiff can also become uncomfortable at times.

Any other pets, such as cats and guinea pigs, consider the Great Dane family. In fact, she’s extremely cat-friendly, as long as the cat doesn’t bother her. 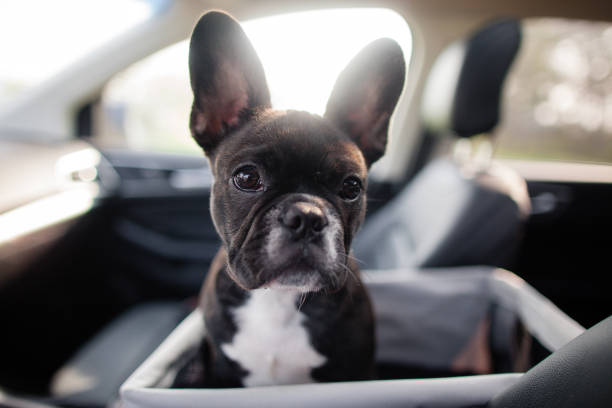 The little bulldog’s urge to move is quite large. She loves to go for walks and also enjoys jogging and fetch games. It’s hard to imagine the pace bullies can develop when they really push themselves. In short sprints, they even leave much larger dogs behind. Nevertheless, they are rather not for very active and sporty people who are interested in dog sports. They are not particularly sporty themselves and also like to lie peacefully dozing in their basket or on the sofa. Here, too, they adapt perfectly to their family. Apart from that, almost every Great Dane suffers from breathing problems and is therefore not a competitive athlete.

Bullies do not naturally have a hunting instinct and they do not tend to stray too far from their humans. You can easily let well-behaved bullies off the leash.