The Havanese is exceptionally intelligent and very easy to educate thanks to its always alert curiosity. With his open nature and his irresistible charm, he takes every heart by storm and very soon becomes the center of every family. Even lovers of larger dog breeds fall for the natural charm of the small Havanese.

Despite their small size, the Havanese want to be taken seriously. He wants to be a real family member and be treated like a “big one”. Havanese are very bright, loving, and cheerful. Her playful, companionable, and funny nature makes her the absolute favorite of all older children. He rages with children, so to speak, and wants to play with them all the time. 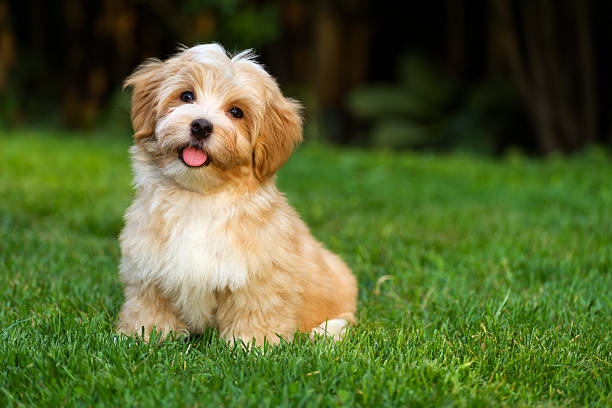 However, a Havanese puppy is not the right playmate for small children. The Havanese adapts to its human in terms of behavior and need for movement. He can quietly withdraw in a special way and on the other hand, he likes to romp, is sporty, and enthusiastic about walks and hikes. The Havanese is very attached to “his” family and is happy when he is accepted as a full member of the family.

The Havanese belong to the Bichon breed group, along with the Maltese, the Bolognese, the Bichon Frisé, the Lowchen, and the Coton de Tulear. His relatives include ancient dog breeds that all evolved from each other many years ago. The great similarity between the Bichon breeds alone suggests a relationship.

The name “Bichon” means “coddle” in French. Such puppies were extremely popular with the noble ladies of high society. There are many theories as to how the Havanese might have originated. One is that the Havanese were brought to Cuba from Spain by merchant captains.

These clever ship captains used the little puppies as “door openers” for their business relationships. The small luxury creatures served primarily as souvenirs for the ladies of high society.

Another theory is this:

Until then, a small dog breed called “Blanquito de la Habana” existed in Cuba. These were small white puppies with a lively, intelligent personalities. It is believed that the Havanese were eventually created by crossing with the Poodle. The first Havanese were also known as the “Havana-Silk Dog” (Havana’s silk dog), after Cuba’s capital. On the Caribbean island, the little Havanese made a career and became a symbol of luxury.

Until they were banned from Cuba by Castro’s victory in 1959 – they were “a living symbol of capitalism”. However, some courageous Cuban exiles who fled to America during the Kennedy era managed to take their dogs with them. We owe it to these people today that the breed could be saved. In 1981 a German breeder brought the first two Havanese from America to Germany. These two dogs formed the basis for today’s Havanese breed in Europe.

In earlier times, Havanese were found in traveling theater and in the circus. No other dog could be taught tricks so easily. The Havanese – the clown in the circus ring. 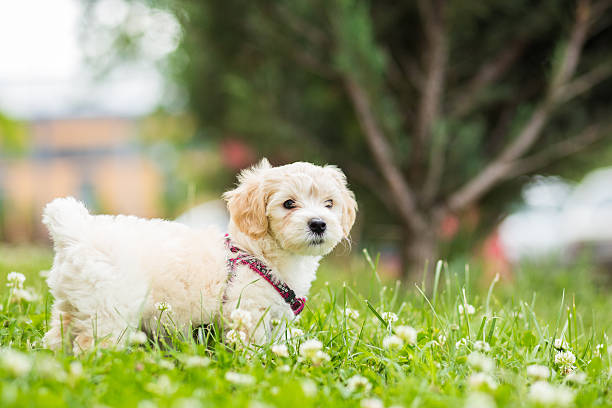 Particular attention must be paid to the care of the hair coat. Its silky coat gives the Havanese great elegance and exceptional refinement. The Havanese do not have a seasonal coat change. Loose hair is removed by brushing and combing when grooming the coat.

The Havanese is not a barker but can turn into an angry guardian of the home when he feels he needs to protect his family. His special adaptability is always to be emphasized. On the one hand an impetuous, happy whirlwind, and on the other hand calm, balanced, and hardly noticeable. It was not for nothing that the Havanese was named “Dog of the Year” by a dog magazine in 1997. Life expectancy is realistically around 12 to 15 years.