The Kintamani is a primal type dog, belongs to the top, and is not recognized by the FCI. He comes from Bali, Indonesia, and is certainly one of the rarely represented dog breeds in Europe. 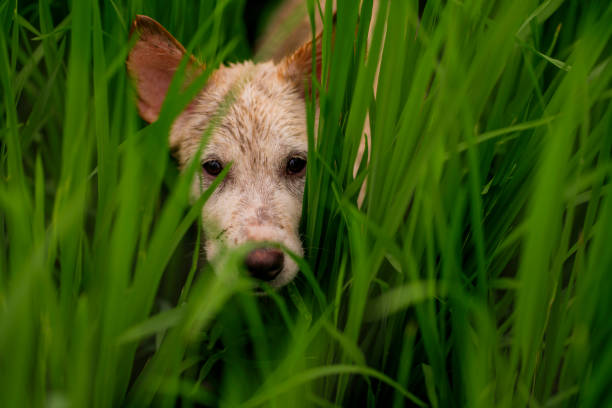 Kintamani has its origins in the 15th century. According to lore, the breed is the result of mating a local street dog and a chow. However, this legend is false. Research published in the Journal of Heredity refutes the legend. Not street dogs but feral Balinese dogs can be determined in the genetic investigations as the origin.

In 1985 the first dog show was held in Indonesia, in which Kintanamis also took part.

The breed standard is defined in the PERKIN* 2012. Accordingly, it is a medium-sized, pointed dog. Its white, dense, medium-length fur has a lot of undercoats. The region around the ears has a special visual feature. These should be colored from slightly beige to orange.

The shoulder height for males is 45-55 cm. Kintamani bitches are only slightly smaller and grow to about 40-50 cm. The weight is 15-17 kg in males. Bitches weigh around 13-15 kilograms on animal scales.

The Kintamani is Indonesia’s first purebred dog. Since 2005 efforts have been made to have the dog breed recognized by the FCI. The AKU (Asian Kennel Union) already recognized the breed in 2012 and is close to the FCI. 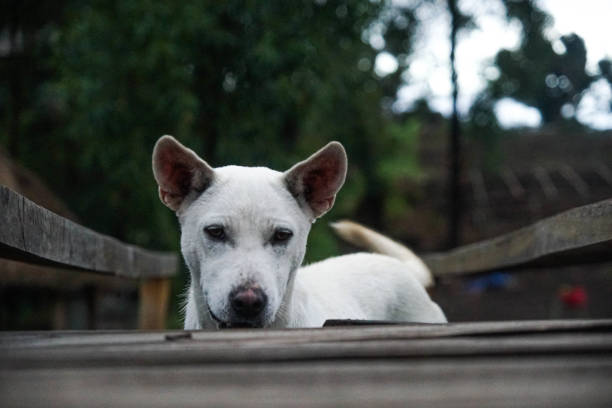 Really not much is known about the Kintanami here. In his homeland, however, he enjoys great popularity and is kept as a family dog. He is considered a peaceful and intelligent house dog. He is said to have great loyalty to his family, as well as being intelligent, bold, and good-natured.