The Otterhound belongs to the FCI group 6 of the scent hounds and has its origin in England. The breed standard provides for an ideal height of between 60 and 67 cm at the shoulder, and the desired weight should be between 30 and 54 kg. The Otterhound has a hard and dense coat with medium-length hair, about 4 – 8 cm long, which is handy in its structure.

In addition, he has a dense undercoat with an oily and therefore waterproof texture. In terms of coat color, all hound colors are allowed, they come 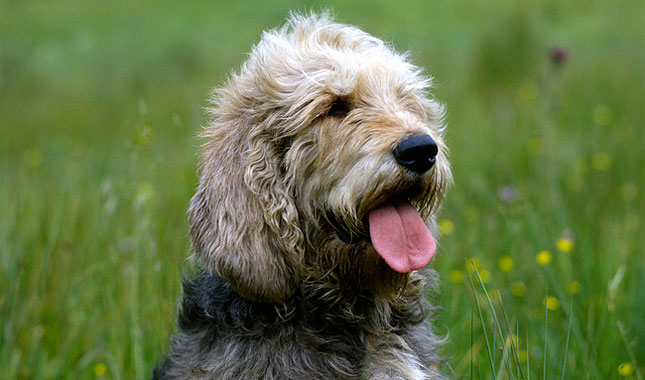 His shaggy and rough coat is quite unusual as most hounds such as the Beagle or Coonhound are smooth coated.

However, there have been a large number of rough-coated hounds in France for centuries, which were also very successful in hunting. Because of its coat, the Otterhound needs a thorough brushing at least once a week.

Another typical feature is the “webbed” paws, which help the Otterhound to swim for up to five hours at a time. Also typical for the Otterhound is that he sometimes dips his whole head in the water while drinking. Coincidentally, this is usually the time when he wants to show his affection for his master and lay his completely soaked head on his lap for the purpose.

Hunting with packs of otters was already very popular in Great Britain in the Middle Ages. It is very likely that French Griffons and Vendees were crossed with British Bloodhounds, Welsh Hounds, and Water Spaniels in the 19th century. The French wire-haired hounds were characterized by the fact that they could follow an already cold scent with enormous endurance.

For this reason, they were almost predestined to use their genes to breed a dog for hunting the otter. These predators, which can reach a weight of up to 11 kg in Europe, were present in very large numbers at the time and reduced the stock of fish in the rivers of Great Britain enormously.

For this reason, otter hunting was very popular as early as the 18th century, as these animals offered a good excuse for overzealous hunters, especially as they were the only game allowed from April to September.

The European otter lives in riverbank burrows with an entrance below the surface of the water. It is able to swim great distances, only occasionally surfacing to catch its breath. Its scent traces on the water are called “wash”, those on land are called “drag”. Like the Bloodhound, the Otterhound has an excellent sense of smell and is able to pick up and follow scent tracks 10 to 12 hours old with ease.

When chasing a wash, the Otterhound is able to swim for hours at a time due to its sense of smell, special paws, and stamina. Many British regents have been given the title of Master of Otterhounds, including Kings John, Richard III, Charles II, Edward II and IV, Henry II, VI, VII, and VIII, and Queen Elizabeth I. 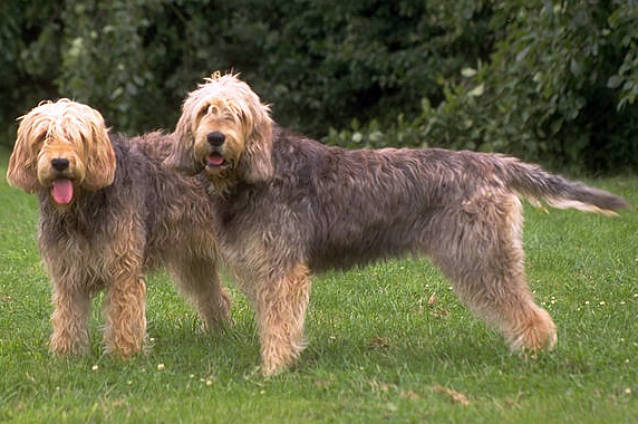 The Otterhound is friendly and calm in character, with an innate passion for hunting. His physique, especially the special “webbed” between his paws, makes him an excellent and persistent swimmer. He has the natural independence that characterizes all hounds, but at the same time has a very great love for his people.

The Otterhound is very affectionate and sometimes a bit cocky. You can compare him to small children, who, by the way, love to play with him. Another typical hound trait is its loud voice and stubbornness. Because of these characteristics, accompanied by a suitably large build, the Otterhound is only suitable for experienced dog owners.