Pugs are a matter of taste. You either like them or you don’t like them at all. Opinions about this breed vary widely. The general statements range from “I, they always snore and their faces are so crumpled” to “These are such lovely animals and so cute!” not only costs money but also nerves. Malformations of the nose are widespread, precisely because this breed is subject to a real accessory trend. But the dog – just like the Chihuahua – does not want to be carried around in handbags, but a happy dog life!

Originally from China, the pug weighs between 6 and 8 kilograms and grows to a length of up to 36 centimeters. So you should say goodbye to the idea of ​​the so-called teacup dog very quickly. The facial markings are black and look almost like moles, but they are birthmarks. The pug’s ears fall forward. Its eyes protrude slightly and are reminiscent of the Chihuahua, with the pug being one of the mastiff-like dogs. 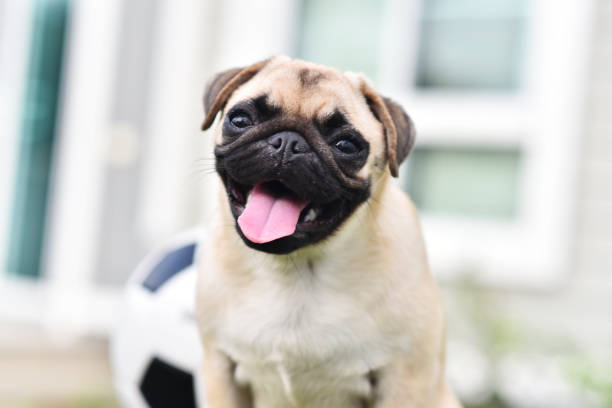 The side profile of the face is very flat and its typical thick crease bulges out over the nose. The missing catch wasn’t always like that, and the profile wasn’t always that flat either. This dented look was created artificially due to this tendency to trend through breeding. In the meantime, due to health problems caused by overbreeding, the Pug is being crossed more and more often with the Parson Jack Russel, so that a nose is slowly becoming recognizable again.

Breeding this foreign breed tightens the animal’s connective tissue, makes it easier to breathe, and there is more room for the tongue and soft palate again. His stature continues to stretch upwards. This sounds healthy for the breed but is not conducive to purely commercial goals. The same applies here as everywhere else: demand determines supply.

This little fur child is fond of children and is considered a family dog. He feels comfortable in your company and is relatively strongly attached to people. Unfortunately, this breed is often misused as a fashion dog. But your pug still wants to accompany you, preferably always and everywhere. He exudes dignity and elegance, although he gets a bit cocky at times. The pug is one of the clowns among dogs, so to speak because it is generally always in a good mood and lively.

The fur colors vary from light (beige) with a black mask to complete black, it also comes in silver and apricot, then also with a black mask. The coat is always short and smooth and should be soft to the touch. Frequent bathing is not necessary, two full baths a year should be enough. The coat is easy to brush and water in the eyes and ears should be avoided. 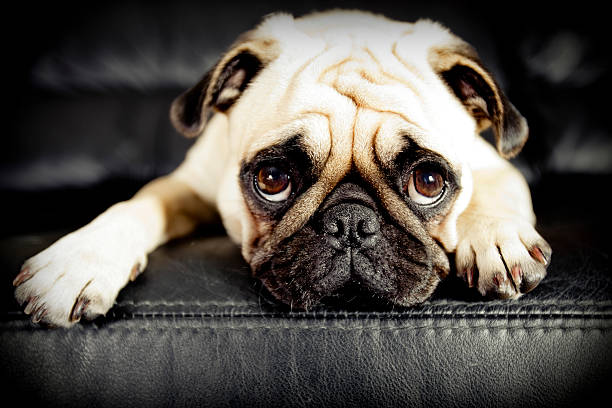 Unfortunately, the pug tends to be overweight. The original form of this breed weighed between 8 and 11 kilograms. Pugs often have trouble breathing, which you can clearly hear. This is due to the flat-bred nose. In torment breeding, for example, the puppies are much too big for the mother animal, and cutting the umbilical cord without a catch is more than difficult. Malformations regarding the tail also occur, which are associated with spinal problems.

Your healthy pug will live faithfully by your side for 12 to 15 years.