Not only do people live more expensively in Zurich than in the countryside. Depending on where you live, dog owners have to dig deep into their pockets for the annual dog taxes. However, cheating is usually not worthwhile.

“Will the dog tax soon cost 300 francs?” the city of Bern’s dog owners have been asking themselves for almost two months. According to the “Berner Zeitung”, the Bern municipal council wants to change the fee regulations and thus make it possible for four-legged friends to pay up to 300 francs in taxes per year.

300 francs, that would probably be a record in Switzerland. Bern as a dog hell, so to speak. It is unlikely that this will happen for the time being, as there has been lively resistance to the demands. The fact is, however, that the people of Bern would like to improve their treasury. And dog taxes would obviously be a tried and tested means of doing so. 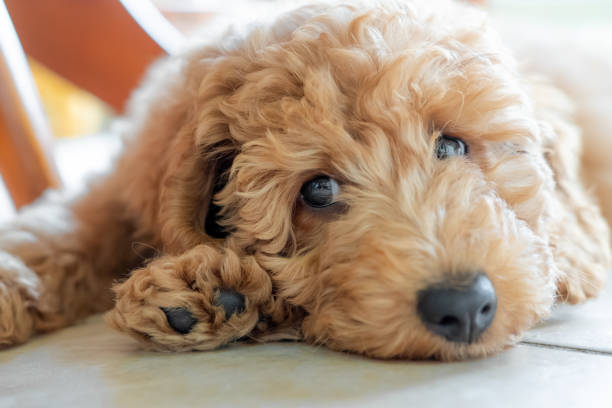 Dog owners in Bern are currently getting away relatively cheaply: a resident of Bern pays CHF 115 per year and dog. Other Swiss cities are significantly more expensive. Chur, for example, charges 150 francs, Basel and Zurich 160*.

Dogs are less expensive in Zug. For CHF 100 a year, dog owners can take their dogs for a stroll along the lakeshore. In Neuchâtel it is only 80 francs. Dogs are usually even cheaper in rural areas and in smaller communities. For residents of Broc in Fribourg, for example, a walk around the dog-friendly Lake Gruyere only costs 50 francs a year. In many places, guard and guard dogs only cost half the usual price, dogs with special functions such as police or guide dogs are usually completely exempt from taxes.

A search engine is available on ch.ch, the website of the Swiss authorities, which interested parties can use to search for Swiss municipalities and their dog taxis. Dog taxes vary from municipality to municipality in most cantons. During the research, the editor naturally didn’t want to miss out on finding out how much dog tax there was in Hundwil. But there, of all places, in the canton of Appenzell Ausserrhoden, dog taxes are regulated by the canton. 100 francs, from Walzenhausen to Urnäsch.

But what happens if you, as a dog owner, decide not to pay annual taxes for your darlings? Can you even save money with it, as can be the case with notorious fare dodgers on bus and train routes that are rarely checked? Or do you have to fear for the lives of your dogs?

In the canton of Bern, at least, dog owners had to fear until recently. In January 2011, a “Blick” article caused a stir: “The death penalty for dogs in tax offenses!” headlined the tabloid at the time. Background: The municipal council in the Bernese Jura village of Reconvilier threatened in the municipal gazette to “euthanize dogs whose owners do not pay the dog tax”.

Numerous abuse calls and even death threats reached the mayor of the 2,000-strong village. He was only following the law. The 1904 law was still in effect. It said: “Anyone who evades dog taxes has to pay the taxes and pay a fine […]. If the fine is not paid, […] the dog must be abolished.”

After SVP Councilor Thomas Fuchs submitted a corresponding move, the law was finally amended. Bernese dog owners who do not pay their dog taxes no longer have to fear a dog execution squad on their doorstep. But a hefty fine. The (updated) dog law of the canton of Berne defines the penalty as “up to 5,000 francs”.

Things are a little less drastic in the city of Zurich. “Unpaid dog taxes will be punished with a fine of 100 francs,” says Marco Bisa, media spokesman for the Zurich city police, at the request of “Tierwelt Online”. This would then be followed by civil law measures: the personal details of the person at fault would be recorded and compared with entries in the national pet database ANIS, in which every dog ​​must be registered. Anyone who has not registered their dog there for years must do so and pay later.

Bisa also explains how the city police try to catch delinquent pet owners. Not so easy with around 7000 dogs in Zurich. “Police officers often carry out routine checks on their patrols,” he says. “We also follow up specific leads and carefully examine every incident involving dogs.” Bisa doesn’t believe that all dog tax cheats in the city will be exposed as a result. “There are dog owners who have not registered their animals,” he is certain. However, he could not make an estimate of how many there could be.

“It can happen that one hatches,” says Remo Dietsche. He is the municipal clerk of the Thurgau Lake Constance village of Altnau and takes things calmly. “I trust in the goodwill of fellow citizens and expect dog owners to register their animals.” Aetna – chosen at random – stands for the contrast between the systematic approach in the big city of Zurich and “live and let live” in the countryside. Dog owners are not routinely checked by the police here, no fines are distributed or reports are filed: “If someone hasn’t registered their dog, I would encourage them to do so,” says Dietsche. For 80 francs a year probably not asking too much.