It is divided into two breeding lines, the wire-haired fox terrier and the smooth-haired fox terrier, which only differ in the texture of their fur. The cynological specialist literature supports both the thesis that both breeds are varieties and the view that they have different origins. The majority view is that crossing smooth-haired terriers with other wire-haired terriers results in the wire-haired breed. She is listed under number 169 in the FCI nomenclature. 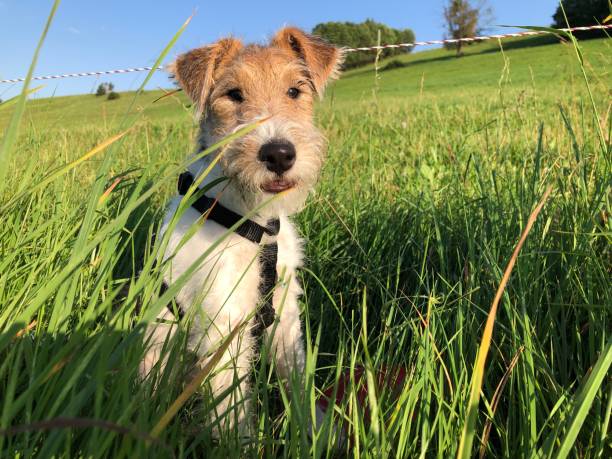 The two dog breeds are indistinguishable in their character and traits from the layman. It’s the exterior that makes the striking difference. The fur of the terrier breeds is clearly different in its texture. The white coat of the Wire-Haired Fox Terrier appears like a dense coconut mat with or without black and fox-red markings.

It effectively protects the dog’s body from thorns and brushwood. The hair coat waits for the trimmer two to three times a year. The tool in the shod hand keeps the wiry texture and undercoat in shape. This preserves its good protective character. The popularity of the smooth-haired variant has declined worldwide in favor of the wire-haired fox terrier.

According to the puppy statistics of the German Kennel Club (VDH), the number of rough-haired puppies is regularly higher than that of smooth-haired fox terriers. According to the description of the breed, the body of the four-legged friend should not exceed 39 centimeters at the withers.

Males weigh around seven to eight kilograms while bitches are content with six to less than eight kilograms. A size that is advantageous when transporting the dog and for its stay within an apartment.

The head shape of the wire-haired fox terrier is striking – to a certain extent, it resembles a tube. His ears are perky. The Briton’s body shape is the result of his tasks. His breed is used for fox and badger hunting. A fox’s den has dimensions to which the size of the assistants must be adapted. The optics as well as the fur colors of the dogs are meaningless.

Origin of the Fox Terrier

It is very likely that the wire-haired fox terrier descends from various terrier types such as the rough-haired black and tan and the bull terrier, which have been further refined through further cross-breedings, such as bloodhounds and greyhounds.

Be that as it may, the Smooth Fox Terrier was officially recognized as a separate breed in the 1960s, while the Wire Fox Terrier first entered the show ring in 1872. In the last quarter of the 19th century, the uniform type was created, and in 1876 the original standard, which has hardly changed to this day, was established in England.

Francis Redmond was instrumental in this. The breed has remained unchanged since then, with the exception of a weight reduction for males by one kilogram. Fox Terriers were originally bred and used for hunting foxes, from which they get their name. They were not allowed to kill the fox but had to drive it out of this hiding place after the pack had driven it into a hiding place.

The busy and original hunting dog has self-confidence, intelligence, and a tendency to idiosyncratic behavior. His liveliness seldom lets him rest, he is always intense in anticipation. This nature undoubtedly places demands on the owner.

Since the fox terrier is rarely used as a hunting companion, it needs demanding tasks as a family dog or sporting companion. Dog sport with all its facets can definitely replace the range of tasks of the past. Be it dog dancing, obedience, or the agility course, mental challenges, and physical strength should not be missing. 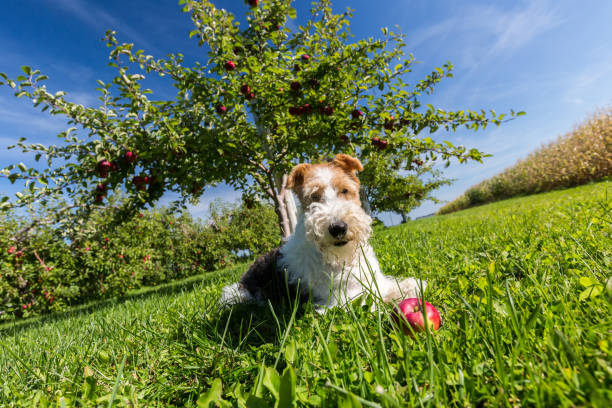 Otherwise, the lack of employment is at the expense of harmonious coexistence. After all, the persevering fox hunter used to have to keep up with the master’s beagle pack and master his hunting mission relatively independently.

In character, fox terriers are intelligent, friendly, and always cheerful animals. Their sincerity and loyalty make them very popular family pets. For example, the smooth-haired terrier was the most popular terrier in Sweden in the 1980s, and the wire-haired terrier had the same top spot in Holland, Belgium, Italy, and Canada.

However, as self-confident terriers that love to hunt, they need consistent training and sufficient exercise in the form of extensive exercise. Occasionally the old terrier instinct to dig underground breaks through, which can then lead to holes in the well-kept garden in unobserved moments. As companion dogs, they are a watchful protector and robust playmate for children, especially since they are also very fond of children.

A typical terrier, they are always full of energy, is basically irrepressible, and can be very argumentative at times, which is why they need a firm hand. In the country, you should keep them on a short leash, as every little noise from the undergrowth makes them curious.