To anticipate: Alpine “Dachsbracke” is not a dialectal corruption, as contemporaries who speak pure High German might assume. Rather, behind the breed name is the FCI standard with the number 254.

Characteristics of the Alpine Dachsbracke

To anticipate: Alpine “Dachsbracke” is not a dialectal corruption, as contemporaries who speak pure High German might assume. Rather, behind the breed name is the FCI standard with the number 254. Since 1991, the largest cynological organization has been running this special type of hunting or wild soil dog. Austria took care of his breeding at the beginning of the 20th century and is responsible for the patronage today. 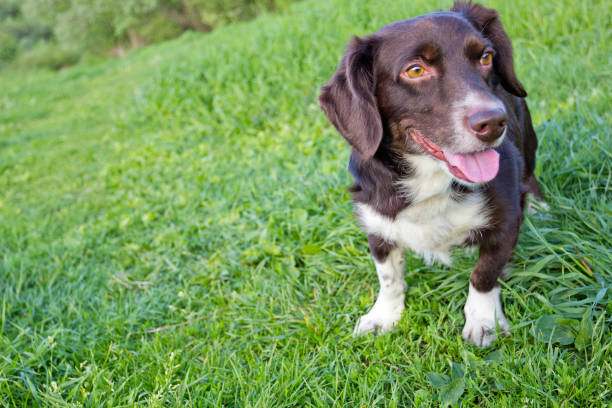 The preferred prey animals of the Dachsbracke include foxes, hares, and hoofed game, just not the badger. Instead, the breed name refers to the dog’s position between the dachshund and high-legged hounds.

The four-legged friend, also known as the Alpine Dachsbracke, is closely related to the Westphalian Dachsbracke, which is native to Germany. Due to the breeding area in the Ore Mountains for a long time, the name Alpine-Erzgebirgler Dachsbracke was common until around 1975. The least speculative as to their origins is the previous cross between a hound and a dachshund.

Dogs very similar in appearance were in use long before they were recognized as a scenthound breed. With their help, the hunter succeeds in safely tracking down the injured and bleeding game (bleeding = welding). The Alpine Dachsbracke is just as successful in hunting brakes and sturgeon. With excited, high-pitched noises, she follows the trail of the hunted game and drives it towards the hunter. She goes about her work before and especially after the shot is fearless, persevering, and undemanding.

Hunting itself is this dog’s purpose in life. Here he wants to be kept busy and challenged to a large extent. This is one of the reasons that most breeders only give their puppies to hunters and foresters. They are of the opinion that without hunting tasks and life in the forest and mountains, their valuable offspring cannot be offered a species-appropriate life.

Pure family life and walking on a leash are not very demanding and this hardly does justice to the nature of the Austrian. The robust hunting dog does not shy away from looking for sufficient hunting opportunities on its own if they are denied it.

If the four-legged friend is allowed to regularly experience hunting and hunting success, the coexistence of the housemates within the family is harmonious and calm. This calmness and the philanthropy towards all large and small family pack members characterize him.

And there is no reason for that. With a shoulder height of 34 to 42 centimeters and 16 to 18 kilograms, the Alpine countryman is slightly larger and heavier than its German counterpart. He does not make any notable demands on the transport options or on his accommodation. He carefully guards the latter without claiming the predicate yapper for himself. In Germany, the Alpine Dachsbracke is comparatively rare. 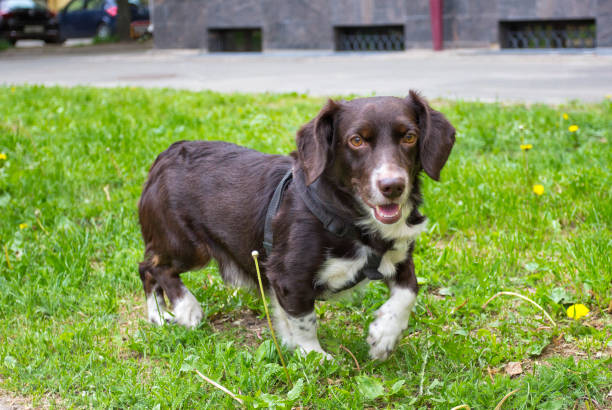 The hair is ideally a dark deer red. A light black stitch and a red-brown marking on the head, chest, legs, and paws complete the external appearance with a high recognition value.

The coat of the weatherproof working-dog consists of very dense stick hair, which lies close to the body. Underneath, a good amount of undercoat also protects the four-legged friend with a friendly and clever face.

His coat is groomed every now and then with the brush. Especially after spending time in fields and forests, the otherwise undemanding coat does well with more extensive care.