A real bundle of energy for sporty, active dog lovers – that’s the American Bulldog. With a consistent and loving upbringing, the imposing four-legged friend is an affectionate family member, which, however, has to be challenged every day. Extended walks, bicycle tours, or dog sports are the right things for this power dog. 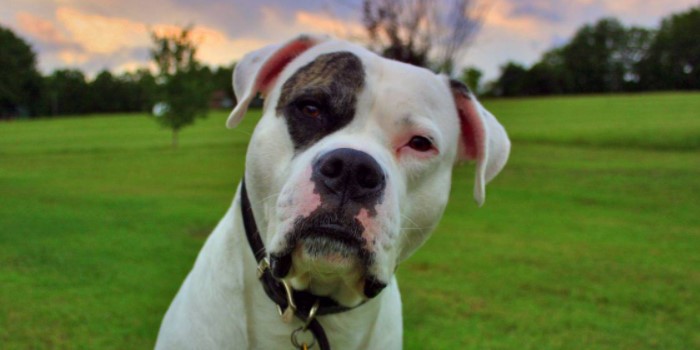 An American dog with English ancestry

The American Bulldog is most likely descended from the English Bulldog brought to the United States by British emigrants in the 19th century. There the four-legged friends were crossed with different breeds such as pointers, boxers, and Dogo Argentinos. The FCI (Fédération Cynologique Internationale) does not recognize the American Bulldog as a breed. Nevertheless, it is widespread in the USA. This is how different lines emerged: the lighter SCOTT standard type, the stocky, heavy JOHNSON bully/classic type, and the hybrid type, a mixture of both.

In the USA, this powerful dog is still often used to hunt bears and wild boars. He is also extremely popular as a guard dog. In Europe, most American Bulldogs live as family and companion dogs.

Nature of the American Bulldog

The American Bulldog is a self-confident, sometimes stubborn, very dominant dog that can become a cuddly family member with consistent and at the same time loving training.

The watchful four-legged friend has a sensitive nature and builds a close bond with his owner and his family. With a responsible upbringing and good socialization, he is also a loyal playmate for children. But don’t underestimate its power! You should not leave this bundle of energy with your offspring unattended. The American Bulldog tends to be wary and reserved towards strangers. Males can clash with males of their own kind.

Training and keeping of the American Bulldog

From an early age, the American Bulldog needs an upbringing characterized by authority, trust, and respect. The first 18 months are crucial for the development of positive personality traits and good socialization. If you would like to adopt a puppy of this breed, you should have dog experience or acquire specific knowledge. Visiting a dog school is highly recommended. 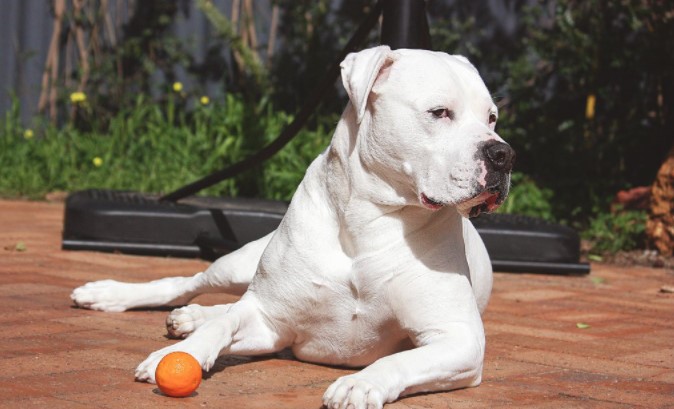 The robust bulldog needs a lot of exercises and mental activity so that boredom does not lead to behavioral problems: This dog loves long walks, bike rides, and extended playtime. He can also work out physically and mentally with dog sports such as agility or tracking.

Grooming of the American Bulldog

Grooming can hardly be described as grooming: occasional brushing of the short coat is sufficient.