Belgian Griffon – Griffons are originally from Belgium. As early as the 18th century, these small, wire-haired dogs were used there as mouse hunters and pied pipers (griffon means wire-haired).

Over time, the dog also found interest in the nobility and at the court of the Belgian king, which brought him more attention. Its popularity grew in particular due to the fact that the then Queen Marie-Henriette was particularly enthusiastic about this dog breed.

This led to strong demand from other European royalty and nobility, and the dogs were exported across Europe. The high level of awareness and the resulting increase in demand for the Griffon naturally led to more intensive breeding.

One began to breed more and more Griffons and change their appearance through targeted crossbreeding. Pugs are reported to have been crossed, other information is that Ruby King Charles Spaniels were used to visually alter the Griffon. It cannot be determined with certainty where he got the relatively large head, the equally large eyes, and the rather compact physique. 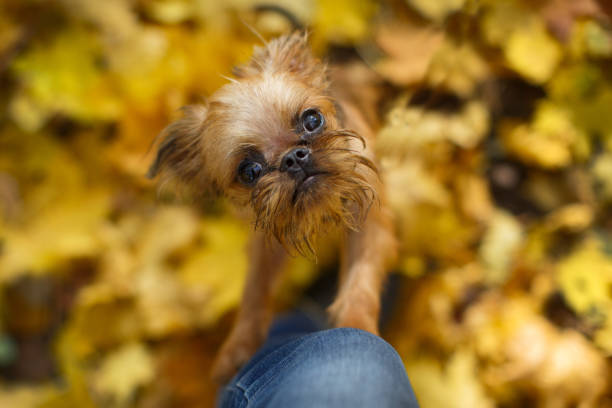 There was even a short-haired variant; however, this is less common and less well-known than the long-haired one. The short-haired Belgian Griffons are the Griffon Brabancon (named after the area it comes from: Brabant) and the Petit Brabancon (translated: little Brabanter).

After the Belgian griffon arrived in England around 1880, the Yorkshire terrier, which was quite tall at the time, was crossed there. There are indications that the English Toy Bulldog was also crossed with the Brabancon.

Usually, the rough-haired Griffons (Belge and Bruxellois) and the short-haired (Brabancon) are bred separately. However, it can sometimes make sense to crossbreed short-haired and wire-haired Griffons with one another in order to obtain the desired coat appearance. Unfortunately, however, such litters regularly result in some puppies with unwanted coats, so the breeder has to decide for or against crossbreeding dogs in individual cases.

The long-haired griffons require special care. The rough, sometimes harsh coat is slightly wavy and should not be cut. Rather, it requires regular manual trimming. In any case, too long hair is not desirable for the Griffons – it must also be neither particularly silky nor too woolly. Since this breed is relatively unknown in grooming salons, it’s good to have the breeder show you this trimming. Many breeders also offer this service.

The Belgian Griffon can live up to 14 years. An adult dog can grow up to 28 cm. Their weight is between 3 and 5 kg – so he is one of the small dogs. He obviously doesn’t know this, because he often shows the courage and aggressiveness of a large dog. 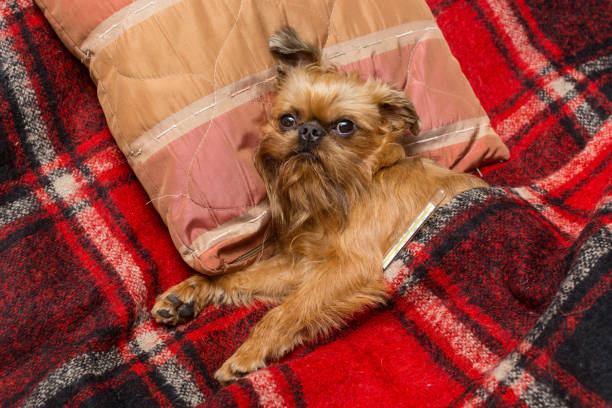 In general, the Belgian Griffon is considered an affectionate, very family-oriented dog. At the same time, he is very attentive and vigilant but free from aggressiveness. They are often described by their owners as docile and very intelligent.

They get along well with other pets and are very fond of children. In addition, they are very good at distinguishing between friend and foe and are therefore also very suitable as watchdogs. Griffons are often confused with Affenpinschers. And indeed they bear a very strong resemblance. However, there are some very clear differences: the Griffon’s muzzle is curved upwards, while the Affenpinscher’s is not.