The Bichon Frisè belongs to the old family of “Bichons”, which also includes five other breeds. The Bolognese is considered to be its closest relative.

Unfortunately, its origin story can no longer be fully clarified. What is certain, however, is that his great-great-ancestors were already at home in Egypt in ancient times, at the time of the pharaohs and pyramids. The Bichon, the French term for lap dog, is one of the oldest breeds of all. Mummies of small white lapdogs were already found in the tombs of Egyptian pharaohs and in ancient Rome these small white dogs were already the beloved companions of noble ladies.

In Italy and France in particular, they have remained so for many centuries. There is hardly a painting of aristocratic ladies there that does not also feature a bichon. He not only made his mistress happy with his lovely nature but also had a not entirely unimportant practical function to fulfill. In the days when there was no central heating in the buildings, the bichon frisé served as a bed warmer and as a heating pad for the sick. Sailors and travelers brought the Bichon Frisé from Tenerife to the European continent in the 14th century.

At the time there were four different breeds: Ténériffe, Maltese, Bolognese, and Havanese. The Bolognese comes from Italy and was the favorite of such famous ladies as Madame Pompadour, Catherine the Great of Russia, and Maria Theresa of Austria. At that time, the Canary Islands were on the Phoenician trade routes, so the dogs may have reached the island of Tenerife through barter. 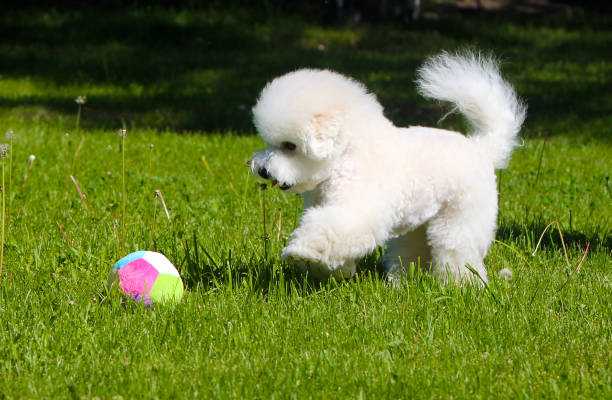 Arriving in Europe, the Bichon Frize’s adorable looks and cheerful disposition quickly gained him popularity among the country’s notables. What all breeds have in common is that they are miniature water dogs and share the same ancestors as the poodle, barbet, and Portuguese water dog.

Also, they all have the same type, lively, pliable nature, and attractive coat, although some have evolved independently. If they lived in Tenerife, they were called “Bichon Tenerife”, in Bologna they were called “Bolognese” and those living in Malta were called “Maltese”. The Havanese most likely came to Cuba with the Spaniards and enjoyed great popularity there among the wealthy and distinguished circles.

During the Renaissance in the late 14th century, he was the favored darling of the nobles and wealthy in France. For the common people, however, this precious “treasure” was out of reach for a long time. This was not to change until the time of the French Revolution. For almost 400 years he had a nice life as the lapdog of the nobility and kings. He was very popular in the French royal court, especially in the 16th century.

The French Revolution not only ended the carefree times in abundance for the nobility but also the former darling of the aristocracy, the Bichon Frisé, had to exchange his spoiled existence in castles and palaces for a life on the streets. He became the street dog and pet dog of the common man. But he also made a career in the circus, just like the poodle, he made himself useful there as a teachable artist thanks to his mobility and his engaging nature.

Many barrel organ players, who at that time still crowded the streets in large numbers, were from then on more and more often accompanied by the bichon frisé. During the First World War, the number of Bichons fell sharply and it was thanks to French breeders that the breed experienced a resurgence in the 1930s.

The French breeders brought the breed back to France and cared so intensely for this little dog that in 1933 it was given its current name and they finally got the breed recognized by the French Kennel Club in 1934. In the United States, the AKC did not allow the breed to be shown in mixed classes until 1971, with Canada eventually following just a year later.

Luckily, today you don’t have to be aristocratic or excessively rich to be able to enjoy the adorable looks and magical nature of these dogs, which are still quite rare today. Nevertheless, the purchase can sometimes be quite tedious and also require some financial sacrifices.

The targeted breeding of the Bichon Frisè was actually based on the dogs that came from Tenerife, among other things. The progenitor of all Bichon frisè was called Teide.Until 1933 it was called “Bichon Tènèriffe”. Since this year, the FCI has recognized it as a Bichon a poil frisè as an independent breed. 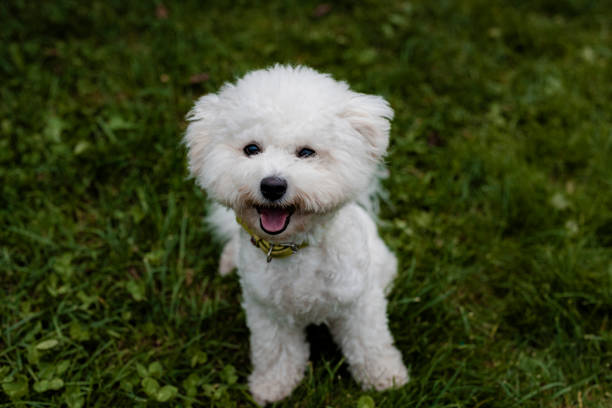 He only came to Germany in 1955; the first litter saw the light of day in Bremen in 1956. In this country, the Bichon Frisè is looked after by the VK / VHD (Association for Small Dogs), where all puppies are also entered in the studbook.

The Bichon Frisè is a charming heartthrob who attaches all his love and attention to his family. He has a happy, spirited, and very affectionate personality. Due to his constant efforts to always please his loved ones, he is relatively easy to train. Of course, it also requires a certain consistency in its training, as with all other dog breeds.

For children and young people, he embodies a robust and always cheerful little companion and playmate who joins in any mischief. Since he shows almost no aggression, neither towards humans nor animals, he is a friendly fellow when dealing with other dogs or pets such as cats, guinea pigs, and Co.

As an apartment guard dog, he is an ideal occupation as he is very alert without barking too much. If you live in an apartment building, he learns very quickly who belongs in the house, he then only reports strangers.

Although he loves long walks, he sometimes manages without them for a while because his urge to move is limited. Its fluffy appearance gives a very hard idea of its toughness and robustness. It’s easy for the Bichon Frize to wrap his master round his finger, it’s hard to stay angry with this cute little dog for long or resist his affection.