Times are changing and with them the living space of humans and animals. The Briard, a herding dog with French roots, has also been bred in Germany for around 30 years.

Interesting Facts about the Briard Breed

A first breed standard was established in France at the end of the 19th century. At this time, the living environment still corresponds more closely to the original use of the four-legged friend. 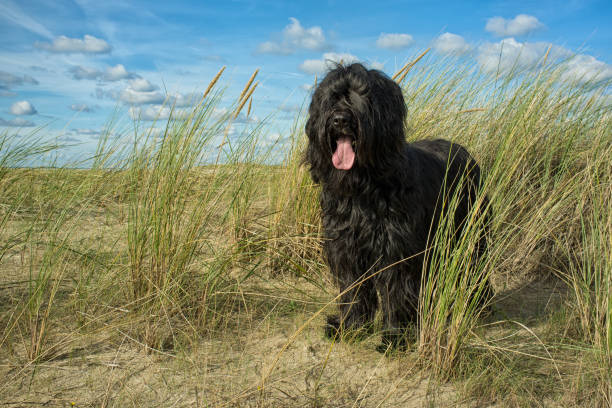 The Berger de Brie, as the Briard is called in France, is a typical farm dog. It has a wide range of uses, with herding and herding flocks of sheep being one of its main tasks. Representatives of this breed accompany people on hunts, they protect their herds as well as their house and yard. Even in times of war, the medium-sized Briard supports the people – not just the farmers. As a fearless and tough helper, the service dog of the French army carries supplies and ammunition to the front lines and is used to search for explosives and to rescue wounded soldiers.

The list of admirers of the Briard of bygone eras is long. Among these, the names of the French Emperor Napoleon I, the general and politician Marquis de LaFayette and the American President Thomas Jefferson stand out. At the moment it has become quieter around the Briard – the official breeding clubs in Germany state 300 to 400 annual births. What has remained over the centuries is the close relationship between the Briard and humans.

The deep connection to his pack leader results from his time as a shepherd driving dog. The dog stands up for him, is extremely teachable, and is willing to work. The herding instinct, which comes to life when the Briard wants to keep his spare sheep together in the family, is still pronounced.

A Briard is an impressive sight. A male weighs up to 40 kilograms with a height at the withers of between 62 and 68 centimeters, bitches stay around 6 kilograms and 5 centimeters lower. The dog’s large head bears large horizontal eyes and relatively small floppy ears. The long and wavy hair can be compared to goat hair in terms of structure – coarse and functional at the same time. It very lavishly covers the elongated silhouette of the dog with a light undercoat.

The hanging hair mostly covers the eyes and deprives the Briard of his faithful look and a more intelligent facial expression. FCI standard number 113, the breed’s coat is longer today than was common in working dog days.

Nevertheless, Briard owners testify to a moderate level of grooming effort, the cycle of which levels off at around twice a week, but accurate brushing – individually dependent on the lifestyle of the four-legged friend. Too little care inevitably leads to matting of the fur. In terms of color, the standard hardly restricts the fur colors. Uniform colors are desired, preferably in darker forms; the white and two-tone coloring is undesirable.

Problems with the Briard

Again and again owners of Briards report difficulties with the sometimes idiosyncratic character of the breed. The cause often lies in the wrong handling of the puppy. The Briard is self-confident and likes to test the limits of what is allowed to him. Authoritarian demeanor alone is disturbing and unproductive – the Briard likes a mix of respect, activity, and diversity. 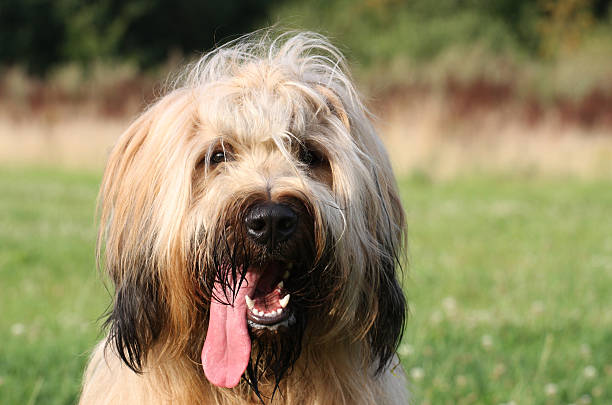 Due to their extremely good memory, the experiences made by him remain formative – this applies to both good and bad experiences. The breed-typical reservation towards strangers and strangers can be overcome by introducing them to all areas of life at an early stage. Above all, dealing with children and their peculiarities as early as possible helps to experience a relaxed and caring dog in the future. The responsible breeder lays the foundation for success.

His enthusiasm for work makes him a motivated and interested partner for people, provided their offers are right. The pronounced farmworker loves nature and a life with variety – constant repetition is not one of them. On the other hand, the dog prefers to get involved in sporting competitions, accompany active people, and train as a rescue or therapy dog.

The tasks may be geared to the possibilities of the owner – much more important is the unity of man and dog. In the living area, the Briard remains calm and balanced without being a sofa dog. It is seldom heard, but it is noticed regularly: when the dog is more or less a tripping hazard, it prefers to be in the way where its pack is.