The Dandie Dinmont Terrier is a special representative of the terrier group. Combative, courageous, and tough, he makes a reliable tracker and a good hunting assistant. When hunting under construction he takes on polecats, badgers, and otters. Many terrier breeds have Dandie genes.

According to the breed standard, the shoulder height of the Dandie Dinmont Terrier should be 24 to 28 cm, and the ideal weight in working conditions should be between 8 and 11 kg. The coat is a curly mixture of hard and soft hairs, which are also quite long at around 5 cm. Normally, the Dandie Dinmont’s coat requires relatively little grooming, other than regular combing and plucking several times a year.

The Dandie Dinmont Terrier not only shows its ability to adapt when hunting. When living with his or her people, he is cuddly and affectionate without ever currying favor. 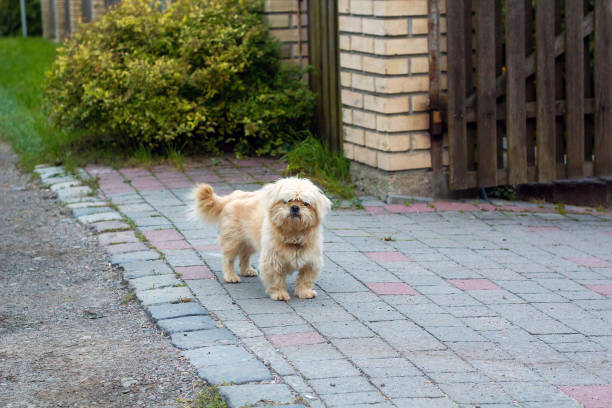 He is characterized by a high stimulus threshold, which benefits him as an apartment dog. He doesn’t bark for no reason, although he hears and sees everything. Nevertheless, the proportion of outdoor activities in the daily routine should be large enough. His hunting genes continue to determine the urge to want to work in the wild.

Obedience is not an outstanding character trait of the charming stubborn, the handy companion for calm and even-tempered people. Two-legged friends with a consistent attitude convince the sensitive terrier. If he understands the meaning of the actions required of him, he wants to please and he behaves as instructed. Basically, unknown adults first encounter a reserved four-legged friend when it comes to the pleasant family dog.

The Dandie Dinmont has the same intelligent disposition and alertness that make most terriers good family pets. Fortunately, he doesn’t tend to be stubborn. If you want to keep your Dandie Dinmont healthy and alert, it is essential that you take him for a walk every day and also feed him a relatively low-fat diet.

The Dandie Dinmont Terrier is nimble on its short legs. Its need for exercise roughly corresponds to its size, but long walks in the woods and meadows at the side of its owner are very welcome. The magic word is action and employment. If it occurs to him and a rodent awakens his hunting instinct, the hunt is a pastime entirely to his liking.

Within the limits of its territory, it appears noticeably cool when dealing with other conspecifics. Opinions differ as to the extent to which children are accepted by the Dandie Dinmont Terrier. In general, the little one is described as fond of children. However, here too, there is no rose without a thorn, and the joy of strange small children can very well be less individually. The owner is always obliged to keep an eye on his darlings.

He is regarded as the direct ancestor of the no less independent wire-haired dachshund. With the founding of the first Dandie Dinmont Club in 1875, the breed characteristics were unified. In the countries of the European continent, the Dandie Dinmont Terrier falls far short of the popularity shown by the inhabitants of the British Isles.

In his home country, he can still be seen as determined hunting or guard dog who is willing to work, but life as a companion dog is more common. Running next to a German dog owner, the small dog is rarely seen compared to other breeds. The usual shoulder height between 20 and 28 centimeters is currently no longer stipulated in the FCI standard number 168. The nomenclature is limited to a weight of eight to eleven kilograms for the short-legged terrier. 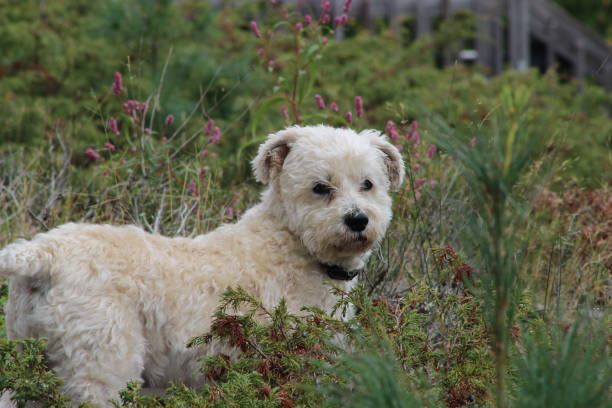 The soft, fluffy undercoat causes frizzy, hardtop hair to grow. In addition to regular brushing, it expects to encounter a trimmer approximately three times a year. This removes dead hair without softening the main hair and reducing the water-resistance of the double coat. Dogs that take part in shows obviously have to be more carefully groomed.

The bushy head of hair in particular requires special attention in order to emphasize the characteristically soft and silky shape of the “top knot”. It is important that the dog never looks “coiffed”. The predominant coat colors are, as already indicated in Scott’s novella by the special names of the dogs, pepper-colored, i.e. shades between blue-black to light silver-grey, and mustard-colored, i.e. colors from reddish brown to beige.