The English Foxhound belongs to the FCI group of scent hounds and originated in England. As its name suggests, it was bred exclusively for hunting foxes. However, in the course of the 18th century, a breed of its own developed in America, the American foxhound, which was bred there not only for hunting but also for exhibition purposes.

The American foxhound is very similar to its English relative, but is lighter, has a narrower chest, and longer ears than the latter. 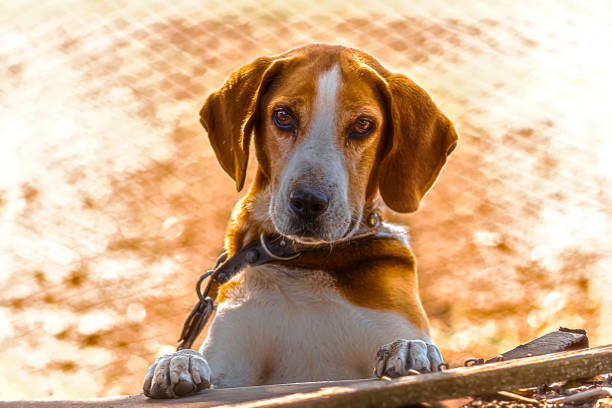 Former American President George Washington was a very great lover of English Foxhounds and made a significant contribution to the development of the distinct American variety, first crossing French Hounds into his English Foxhound pack and then later cross-breeding them with selected Irish and English Hounds refined.

However, to this day in the United States, especially in the eastern part of the country, there are a large number of hunting parties whose packs consist of pure English foxhounds.

Older sources state that male English Foxhounds should be between 58 and 68 cm at the shoulder, bitches are naturally slightly smaller. More recent specialist literature, on the other hand, sets the standard for the size of males at a shoulder height of between 58 and 59 cm.

The English Foxhound has a short to medium-length, harsh coat with tight, shiny hair. As with so many other smooth-coated hunting dogs, it requires almost no grooming. Any hound color is allowed in terms of coat color, there are both two- and three-colored specimens. White is usually the dominant color, blue is not allowed.

History of the English Foxhound

Hunting games on horseback with the support of packs of dogs were practiced as early as the 6th century AD. The dogs follow the trail of the game, chase it tired and stop it. It was then shot by the hunters, who had meanwhile arrived on horseback.

The history of the English Foxhound began in the 13th century when fox hunting was introduced in England. Especially the hunt for the clever and very fast red fox required a very special hunting dog.

The bloodhounds used until then, such as the now-extinct Hubertus hound, the bloodhound, and the Talbot Hound, were simply too slow for this type of hunt. To increase speed, lighter and faster hounds such as the Greyhound were then crossed based on these breeds.

It is much more important than the dog is fast and at the same time extremely persistent. Many packs are led to the hunt on their own runs, which means that the dogs must be able to walk 16-24 km from home to the start of the hunt and then back again, in addition to the up to 80 km hunt.

For a long time, each district bred its own foxhounds, and stud books were kept very early on, although the respective types were not necessarily of the same type. But as early as 1800 there were many animals of a uniform type, and the “Masters of Foxhounds Association” founded at that time collected extensive records of each individual dog through the respective so-called “Master of Hounds”.

For this reason, most English Foxhounds can document their exact ancestry without interruption for more than 150 years. The first recorded export of a foxhound to America was in 1738, and since then American hunters have imported more specimens with great regularity. 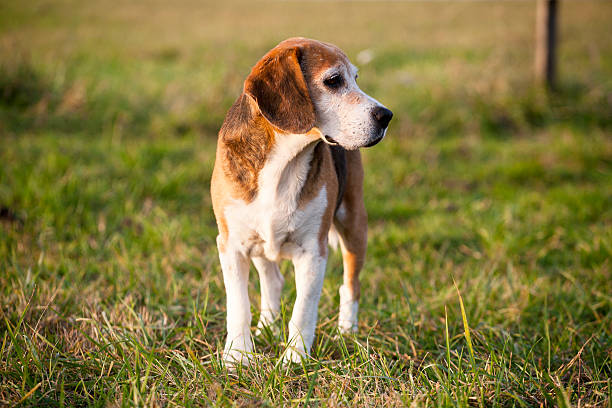 These early imports were not only the basis for the American foxhound mentioned at the beginning, but also for the American coonhounds and hounds. It was not only at this time that rich Britons spared no expense or effort to keep large packs of foxhounds at great expense.

The famous English poet William Shakespeare immortalized the foxhound in his work “A Midsummer Night’s Dream” with the following words: “My dogs are also from Sparta’s breeding, wide-mouthed, piebald, and their heads are draped. With ears that brush the dew from the grass; bow-legged, wobbly, like the bulls of Thessaly. Not quick to hunt, but the sound of their throats follows one another like a chime.

The poet Cannon Kingsley was also a great lover of the breed, writing of a foxhound in 1885: “Save from the ancient Greek statues there are few combinations of so much elegance with strength as in a good foxhound”. In England, fox hunting on horseback with dogs is still very popular with many people, in 1988 there were 211 packs of 50-100 dogs each.

In Germany, such par force hunts on living animals have fortunately been forbidden for a long time, here the dogs now follow an artificial track. These so-called “drag hunts” are an extremely colorful spectacle to the delight of all dog and horse lovers.