The Karst Shepherd, known as “Kraški ovčar” or “Krasevec” for short in its Slovenian homeland, is an ancient shepherd breed from the Karst (or “Kras”) area, which covers most of Slovenia, as well as parts of Italy, Croatia, and Bosnia, and Herzegovina Herzegovina includes.

Characteristics of the Karst Shepherd Dog

There is still no complete agreement on the exact origin of the breed. The breed was first mentioned in writing in 1689 in a book by Johann Wichard von Valvasor. What is certain is that the Karst Shepherd Dog is very closely related to the Shepherd Dog from the Sarplanina Mountains in the south of former Yugoslavia, the so-called Šarplaninac.

Until the middle of the 20th century, both dog breeds were listed together under the name “Llyrian Shepherd Dog”. It was only in 1968 that the two breeds were separated by the Yugoslav breed association. However, the breed received the name “Kraški ovčar” and the original breed standard only in 1989. 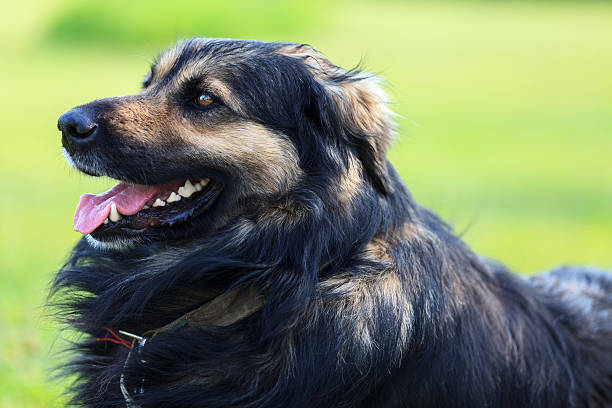 Nevertheless, the differences between the two are extremely small, the Karst Shepherd is only a little smaller than the Šarplaninac. The Karst Shepherd Dog is a medium-sized, harmonious breed with very well-developed muscles. The constitution is strong and persistent. Both the ears and the tail hang down. The hair is long, plentiful, and iron-grey.

The Karst Shepherd has a good-natured character. He is courageous and alert at the same time, but by no means snappy. His temperament is less lively, but not sluggish either. He follows his master unconditionally and is loyal to him.

He is always very suspicious of strangers. As a companion dog, he is a willing and obedient partner who, however, likes to maintain his independence.

The Karst Shepherd is very suitable as a herding dog and it is a very good guard dog. In the meantime, he is being used more and more often as a guard and protection dog. Today it is also very popular as a family dog.

The fur is very dense and smooth with long hair and a pronounced undercoat. The color is iron-gray; a dark tint is preferred, especially on the withers; towards the legs and belly, the color changes without visible gradation to a light gray or sandy color with dark gray streaks on the front of the limbs. The dark “glasses” around the eyes are also striking.